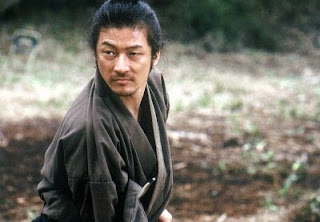 This year has flown by–my son started middle school at a new school (in)conveniently located at the end of Coney Island in Brooklyn, I began a new job, my first time in an office in almost ten years, I have a wonderful agent who is working hard on our behalfs, I got to see friends at RWA National this past summer, plus had the delight of having Risky Carolyn visit (note to Carolyn: The Pop Tarts store closes down today for good. Sorry.).

And there was media of all sorts; as is usual, I buy in a timely manner, but I don’t necessarily read in a timely manner. So on my TBR pile is The Iron Duke by Meljean Brook, The Black Prism by Brent Weeks (hardcover, no less!),and N.K. Jemisin’s The Hundred Thousand Kingdoms, to name but three of the highly anticipated (by me and others) books I own, but have not read.

So what did I read? I did read a lot, and some of the books actually did come out this year. I devoured Anne Stuart‘s House of Rohan series. While I don’t think these are her best, they are still pretty awesome, and I love Stuart’s heroes–usually beyond ruthless (also, Ruthless is one of the three titles in the series).

I read the first Cara Elliott, To Sin With A Scoundrel, and adored it. It’s really lovely when your friends write books you love, even if you weren’t friends with the author. I kept up with the J.R. Ward Black Dagger Brotherhood series, and started her Fallen Angels series. Yes, there are massive flaws in the books, and no, I don’t care. I love Ward. 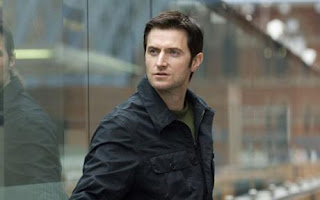 Ilona Andrews Edge series began this year, and it’s an entry in what I think is a new genre, rural fantasy. It’s set out in the Louisiana swamps, and has lots of magic as well as gators and unpleasantly murky water.

Elizabeth Hoyt‘s Wicked Intentions was really good, I have been a Hoyt fan for awhile now, but this surpassed my expectations. Didn’t hurt the hero was right up my particular alley.

Sarah MacLean‘s Nine Rules . . . and Ten Ways . . . were both fun and yet substantive, with really lively characters and a deliciousness imbued throughout the whole book.

In music, I fell in love with The XX, Nikki And Rich and Miike (sic) Snow.

This is the year I discovered actor Tadanobu Asano, with whom I am currently obsessed, and also the year I got to see Richard Armitage in MI-5. Le swoon.

Wow, you do read a lot. Lots of good recs!
And I escaped your post without catching an earworm (so far) but I have to admit I’m still battling santa’s elves off and on. Champagne oughtta kill ’em.

OMG . . . I feel a bubbling happiness, like champagne frothing through me, on seeing your comment. Thank you. Knowing—and greatly admiring your reading tastes—I feel so incredibly honored, And humbled.

Gosh…I’m just in awe of how much you read.

(waving to Jane George and Cara)

Happy New Year to the Riskies and Risky Friends!