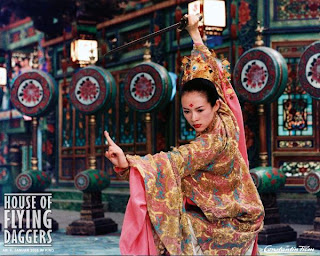 As a writer (theoretically, at least), I think about my characters even when I am not actively engaged in continuing their stories.

With my new schedule (working four days a week at an office now, continuing other freelance projects), I am thinking WAY more than writing these days. Which is fine, only thinking doesn’t do much for word count.

I think, and most of all worry, about my characters, who are alive in my head, at least. Are they okay? What will happen next to them? It’s been a long time since they’ve eaten, are their tummies growling?

I am in the middle of at two books; in one, the hero and heroine are on the NYC subway following a fight with demons in a Chinatown restaurant. In the other, the heroine is grappling with her ex’s debilitating illness, visiting him in the hospital in an unfamiliar city.

As one friend pointed out, that’s a long time to be in a hospital. It’s been at least six months since I’ve done anything but think about those characters. 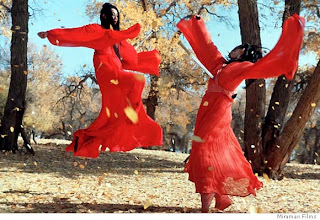 I picture my characters frozen in their time, rather like the fighters in Asian films who get frozen in mid-air while fighting. (Side-note: For some super heroic action and adventure, often with romance, go delve into wuxia films, which feature the heroic adventures of martial artists).

I need to rescue them, though, bring them back down to the ground, or out of the subway or the hospital. As I become more accustomed to my schedule, I am going to look to Carolyn for inspiration, who is also a working mom who writes whenever she can find time, and produces actual books each year, not just leaving her poor characters to be suspended in neglect.

That’s one of my goals this year, to integrate writing into working. Meanwhile, think happy thoughts for my characters, who really deserve some love after all this time spent alone. I hope next week to be able to report–proudly–that I have gotten some writing done.

Meanwhile, Happy New Year! And good luck to everyone else out there with New Year’s Resolutions.

LOL, Megan, I once had a hero with his hand on the heroine’s butt for a truly scandalous lenght of time…

Wishing you success combining writing with the other job. Carolyn may be managing it differently, but when I was doing the outside job thing it helped to establish a regular writing schedule and get family buy-in. I wrote at specific times on specific evenings and a couple hours on the weekend. I managed about a book a year that way. Of course everyone’s mileage varies.

I think of my characters suspended in space, not really existing unless they are on the printed page!

Ladies, I think the scheduling thing and the busy person thing are both true–thanks for the feedback on my trying to do it all.

I am in the middle of two books as well. In one, my characters had just retired – seperate rooms – and now that I think about it, they have been sleeping since before Thanksgiving. Well, they should at least be well rested when I do wake them up.

I need to get better at writing more often and not just thinking about writing.

Hey, I had a guy being taken down by the heroine’s pet snake for about six weeks. I need to get back to that poor guy!

LOL Megan! I was just wondering something very similar myself this week as I start the new book. Since there’s always a time lapse between a proposal being accepted and actually starting the book, the poor characters stay in first chapter stasis for a long time. I always imagine them going to another dimension for a while. 🙂

And I’m not sure I actually get much more writing done now than I did with a day job! I’m finding I am WAY too good at procrastination.

Aren’t you glad they are only figurative people. Otherwise they would be pounding on your door demanding their story be finished. You will get it done when you can. Time is a necessity and for many a luxury when we need big chunks of it.
Good luck with the job and with rescuing your characters and their stories..