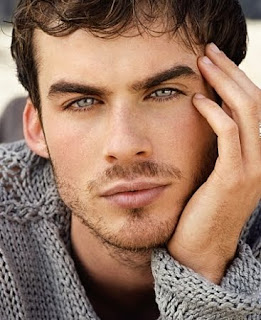 Hey, don’t freak out and think it’s later than you thought (not that that makes sense); Janet is doing her best imitation of a poultry-type without a braincase, so I am posting today, not Friday, as is my usual wont.

I still haven’t found time to write. The day job is a lot of fun, but requires attention and time, and then there’s all the other stuff.

But the commute. The train commute! Ah, how I love thee.

Last week I read the first of Karen Marie Moning‘s Fever series. The final book in the series, Shadowfever, came out this week, and I wanted to see what all the fuss was about (okay, ‘fess up: Who here just imagined some grouchy lady in an apron waving a rolling pin while she said that? JUST WHAT I LOOK LIKE RIGHT NOW, BY THE WAY).

It was a lot different than what I’d expected. I never actually expected, given the beginning of the book, to like the heroine, but by the end of the book, I admired her and wished I had more of her spunk. I am still doubtful if we’d be friends if we met in real life, but I bet if we had a few cocktails we’d be hanging out in no time.

In fact, I’m surprised by how much I am thinking about the book after finishing it. That speaks well to its ability to survive as a series, not to mention the multitude of people in my Twitter stream who stayed up all night/stalked the UPS guy/called in sick at work to read Shadowfever. I’m just psyched I have more books to look forward to.

I finished the first Tasha Alexander book I was reading last week, And Only To Deceive, which I enjoyed–it has a romantic element to it, but it’s mostly about a Victorian woman discovering her own interests and expressing her own opinion in a time when most women did not.

And now I am currently reading the Regency-set historical Provocative In Pearls by Madeline Hunter. It is delicious, and I am in awe of Hunter’s ability to weave a complex series of conflicts on a very simple premise. I am two-thirds of the way through, and don’t quite see what might happen yet, which is fun.

Thanks in no small part to listening to Amanda McCabe (aka Laurel McKee), I started watching the Vampire Diaries, which has been so much fun. She and I have emailed a few times with me speculating what might happen and her probably biting her tongue not to tell me.

We both agree, however, as to how beautiful the eyes of Ian Somerhalder, who plays Alpha Vamp Damon, are.

Yeah, so, no writing, but lots of reading, and lots of looking nice almost every single day, which is a change from usual, and lots of interacting with pleasant co-workers, which I haven’t had in a long time.

What is engrossing your leisure time lately?

I’m jumping on the bandwagon just like you. On book 2 and wanting to see what all the fuss was about. I like Mac.

Haven’t read the Moning book, but I have read the entire Rare Blooms series by Madeline Hunter and it is fabulous. Each book is a rare treasure. Great series!

Right now my obsession is reading articles about writing craft – emotional conflict, characterization, you name it. Anything to bring my writing to the next level.

And I am organizing my research materials. I have stacks of binders with materials from online workshops and Beau Monde workshops I attended at conferences and I am trying to get them in some sort of order.

I guess you could say I am arming myself for battle with my rewrites! Wish me luck!

Leisure time? Since I lost my jab last year, I have managed to get less done than ever. I am reading, but somehow not as many books as I did while working. I miss the books on tape I would listen to on my way to and from work. I am spending way too much time on the computer, finding new blogs every day. I was visiting Riskies when I worked as a job related thing. I did ordering at the library, primarily children’s books but advised on the adult books, especially the romances.
Now that I have been home, i have started sorting stuff that has been stored for years. As a result, things are more of a mess than ever.

LOL Megan! Everyone should listen to me, especially when it comes to watching Vampire Diaries. 🙂 New episodes start again next week, and I can’t wait

I wish I had a train commute so I could get more reading done. I have a huge TBR pile, which is even bigger now that I have a Kindle, and never get as much reading done as I would like. Right now I’m reading a new Victorian-set mystery, “India Black,” and so far enjoying it a lot…

Gosh I feel like a slug. I haven’t read the books, haven’t seen Vampire Diaries (although that photo of Ian Somerhalder is giving me some incentive)