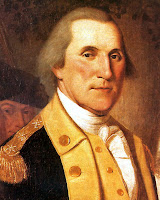 Today is Presidents’ Day, a National Holiday celebrating the birthdays of our two greatest presidents, George Washington and Abraham Lincoln (No, it is not just an excuse for some really good sales!).

I decided to look into how Washington and Lincoln might “intersect” with our England, if not just the Regency and to tell you things I learned that I didn’t know (or remember) from my American History school textbooks.

Washington, as we all know, was Commander in Chief of the Continental Army, leading the American victory over Britain in the Revolutionary War. The pivotal battle in the American War of Independence was the Battle of Yorktown, when Washington’s army defeated Cornwallis’s British Army. Cornwallis died in 1805, but certainly his life affected the Regency. 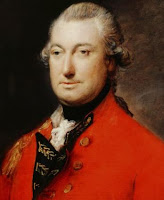 Abraham Lincoln was born in 1809, a year before “our” Regency time period and his leadership during the American Civil War made him one of our greatest presidents, but, in looking into how his life might have intersected with Britain, I discovered things I did not know.

Things I didn’t know:
Confederate president Jefferson Davis sent two special commissioners to Great Britain, James M. Mason and John Slidell, to England and France as part of a plan to involve Great Britain into a war with America. As they were crossing the Atlantic, an American Captain, Charles Wilkes (who turned out to be a Confederate spy, which shows how convoluted this period of US history was), stopped the British ship on which they were passengers and, with no authority from anybody, had the two commissioners taken into his custody. Known as the Trent Affair, all of Great Britain rose up in outrage at this illegal act. War fever was at high pitch and British men were enlisting in the army in great numbers to sail to America and right this wrong.

The Prime Minister, Lord Palmerston, wrote a harsh ultimatum to President Lincoln, basically threatening war. When this letter reached Queen Victoria for approval, she sought her husband’s advice. Prince Albert, ill with the fever that would take his life soon after, rose from his bed to draft a less volatile missive, one that would not provoke war. It was his last political act.

During the time of the Trent Affair, Russia was the enemy of England and France. The Czar of Russia sent a fleet of warships to New York and his admirals had instructions to report to President Lincoln if Great Britain did indeed declare war on the US. Who knows what the outcome of that war would have been for the world? Russia and the US on one side; the Confederacy, Great Britain, and France on the other.

Ain’t history grand? What historical facts have surprised you recently? What are you doing this Presidents’ Day?

I haven’t been in research mode, so no recent tidbits. As to what I’m doing today, the answer is shoveling. Tomorrow I hope to be skiing. Not especially on topic to the holiday, but fun. 🙂

I’ve been reading the book “We Two” about Albert and Victoria. I am not as far as Albert’s death yet, but am amazed at how little I knew about Albert and Victoria. I knew the Hollywood versions were off, and I also know that biographers can be biased about their subjects, but Albert does not necessarily seem like a great guy. I did not know that Germans felt women were incredibly inferior although I shouldn’t be surprised. Also he was very big into telling Victoria to do as he says and not as he does. But I will say that this book is completely changing my mind about the Victorian era.

Elena, my commiserations about snow shoveling. We have a forecast of rain/snow tonight.

First, I’m still miffed that schools teach children about telling the truth by telling a lie. And they wonder why children struggle with ethics. There was never a cherry tree incident. Ever.

And last, I was amazed to learn this year that Washington had served in the British army, honorably. It makes perfectly good sense, but I’d never thought about it before.

Judy, that is exactly what the book “We Two” is saying. Have you read it or did you glean this info from something else? I’d love any book recommendations you have on the subject.

Diane, Rachel, and Judy: Thanks for an informational blog and comments!

At home, we’ve made a picture of George Washington and a banner wishing him a happy birthday! We’re sporting red-white-n-blue themed clothing and had a similarly themed breakfast (waffles with blueberries, whipped cream, and a dollop of strawberry jam).

Judy, are they still teaching kids that? In my day I think everyone believed the cherry tree incident. It is funny how legends like this endure.

Thank you for an interesting post. There is so much out there to learn. It is impossible to hit all the interesting little details and side stories out there. Reading, or researching, historical fiction is a great way to learn interesting tidbits.
My husband and I read THE IMPERIAL CRUISE (I hope that is correct. I am not home and can’t check). The information on the secret deals the government was making and the impact mthey had on America and the Pacific area really made my husband’s blood boil.

Diane, my nieces know about the cherry tree legend, and they are tweens.

I’m sorry, Rachel, I can’t refer you to a book source regarding Victoria and Albert. I learned it from my English honorary aunt and uncle. I spent a summer with them back in ’86, at their home in London. (They were in their 60s-70s , then, and unfortunately passed away back in the 90s.) They were well educated, informed, and loved to share what they knew, especially with one eager to learn.

Great historical info, O Divine One! I think most of the participants in the Revolutionary War had their good moments and their bad. It was still and era where war was a gentleman’s game, so to speak.

I have always thought that the Victorian era was more about Albert’s rather narrow views on everything from politics to a woman’s place than it was about what Victoria thought or wanted. Little wonder their children, particularly their sons went a little wild.

I have a great book on deadly plants and Lincoln’s mother was killed by one. I can’t remember which one. I need to look it up.

When I taught history I tried to incorporate little facts like this into my lessons to make my students realize that these people were above all else – human.

librarypat, The Imperial Cruise sounds like a fascinating book. Amazing what the writers of history choose to tell us and what they choose to conceal.

Judy, sounds like they are still teaching the cherry tree incident.

Louisa, I didn’t know you taught history. I’ll bet you were good at it! Come to think of it, I remember you telling me about your students. I didn’t remember it was history. I assumed music.