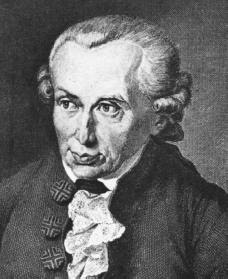 Last week I finally finished reading the eight books I was sent to judge for the RITA contest.

After that marathon, I said on Twitter, “I finished reading all EIGHT of my RITA books; now reading books by male authors only for awhile. Preferably where people die.” To which a snarky Twitter friend replied, “Oh, so you’re going to try reading like every literary critic in the world for a while.”

Ha! But then I thought about it, and realized that because of my reading tastes, I read primarily female authors. And then, when I strolled back through my reading history, I realized that while I haven’t eschewed male authors–Raymond Chandler, Neal Stephenson, Bernard Cornwell and P.G. Wodehouse are among my favorites–I have always peppered my reading with female authors. Even when I wasn’t reading romance.

Now, is this cool? Maybe. But I wish it were just something that could be, without looking to gender, or race, or any other marker of self to gauge a person’s output. I’ve always espoused the Kantian a priori method of critique, wherein you try to know as little about the item you are ingesting so as not to prejudice yourself.

(Sometimes it’s been a problem when I discover the author’s prejudices after I’ve inhaled the work–C.S. Lewis‘s Narnia series was distorted for me when I realized his deep religious beliefs formed the ideas. Knowing Jim Thompson was a drunk did help explain a lot, though).

I do wish it were less of a ‘thing’ for who is what and what they stand for. My own writing is definitely skewed because of my identity as a white Northeast-raised female living in the late 20th century, but I would hope you wouldn’t have to know that to appreciate my work. In fact, if you did have to know that, I’m doing something wrong.

The books I read, by the way, are HIGHLY recommended: Blood Oath by Christopher Farnsworth and The Black Prism by Brent Weeks (Carolyn first recommended him to me).

Anyway. Which is to say, who’s the last male author you read?

I’m reading 78 Reasons Why Your Book May Never Be Published & 14 Reasons Why It Just Might by Pat Walsh. 🙂

The last male author I read is Jasper Fforde and he is one of my favorite authors. I will admit that I read a lot of female written books, but I don’t look at the authors. I have a method. If I’m intrigued by the back of a book I open it to three random pages and read those pages. If I like those pages I buy the book. Although it’s a little harder with a kindle. I now download the trial.

I assume Pat is a guy? Good luck with gleaning that wisdom!

Rachel:
I like your method, it’s more objective. I like Jasper Fforde also, tho I haven’t read his books lately. Good reminder to put him back in the queue.

As for an author’s beliefs: I don’t think an author can really not let their beliefs seep into their work. If they are really showing emotion and peeling back the layers it’s bound to come up somewhere in a character, scene or symbol. Just my thought.

The last male writer that I read was Stieg Larsson book 1 and 2 from the Dragon Tattoo series. Had to think hard on that one. Too hard.

Yes, he is the founding editor of MacAdam/Cage. He has a very dry sense of humor. I’ve really enjoyed it.

Megan, your idea of knowing too much about an author causing prejudice reminded me of seeing Robert James Waller on Oprah during the height of The Bridges of Madison County craze. He rubbed me the wrong way, but I think I would have despised his book anyway.

That is hard. I think the last two were a middle school book – Fablehaven by Brandon Mull and YA books Eragon and Eldest by Christopher Paolini. I have an Arthurian mystery by Tony Hays on my TBR shelf at the moment.

Fiction I would have to say Stephen King’s Four After Dark. King’s books are my guilty pleasure.

I can’t imagine that something of a writer’s personality doesn’t come through in their writing, if they’re any good, that is. Writing is not a dispassionate endeavor. At least fiction shouldn’t be.

And yes, I have met and/or learned things about authors that put me right off their books.

The last book I read by a male author was Chris Bohjalian’s “Buffalo Soldier”. Liked but did not love it, although I definitely thought it was well-written. I thought he handled his female characters well, which is often my criticism of male writers. Female authors are accused of creating idealized male characters. Male authors all too often do the opposite; the women are flatly portrayed and considered useful only when flat on their backs.

However, there was one aspect of the Bohjalian book I didn’t like. It was the opposite of the secret baby trope. One of the women has an affair with a married man and winds up pregnant. She tells the father but then announces she is moving to New Mexico and he is not to contact her or the child. There were reasons for her decision, but I still thought it unnecessarily cruel and a near guarantee that the child would need counseling in the future (or once 18 and an adult, would knock on his/her father’s door unannounced).