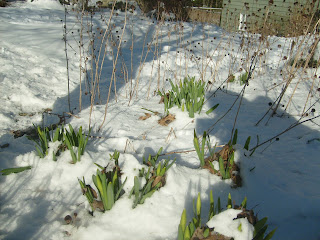 I’m posting on the fly today and apologize in advance for not being as witty as Megan or as talented a photographer as Carolyn (these are pictures from my front yard).

So we had yet another snow day on Wednesday and today’s forecast doesn’t even hit the 30s. I also haven’t had time to write for most of this month, in part because of the snow day disruptions and also other assorted Dumb Stuff I Have to Do.

So I’m just waiting for spring and waiting for a time when I’m past some of the Dumb Stuff and can get back to my balloonist story. 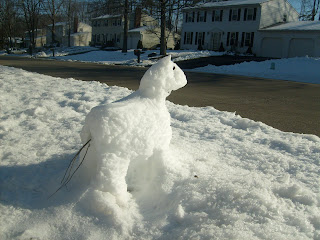 And while I’m waiting, I’m trying to live in the moment too. But also thinking about how fun it will be when I can finally put on a skirt and sandals again, and watching those daffodils poke out of the snow. đź™‚

How do you cope with waiting?