I am still running toward that June 1 finish line for a couple of projects, and I am also at the dentist today getting a root canal. Happy Tuesday to me! But May 19 marks the anniversary of the death of Anne Boleyn, one of my great heroines in history. So I am reposting a blog I originally published here in 2009….

“To us she appears inconsistent–religious yet aggressive, calculating yet emotional, with the light touch of the courtier yet the strong grip of a politician–but is this what she was, or merely what we strain to see through the opacity of the evidence? What does come to us across the centuries is the impression of a person who is strangely appealing to the early 21st century. A woman in her own right–taken on her own terms in a man’s world; a woman who mobilized her education, her style and her presence to outweigh the disadvantages of her sex; of only moderate good looks, but taking a court and a king by storm. Perhaps in the end it is Thomas Cromwell’s assessment that comes nearest: intelligence, spirit, and courage.” –Eric Ives, The Life and Death of Anne Boleyn 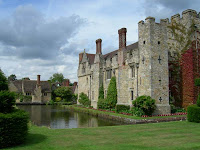 Today, May 19, marks the grim anniversary of the death of Anne Boleyn (1501 or ’07–1536). History geeks like me tend to have a list of “historical heroes and heroines,” people we would like to invite to our dream dinner parties, sit them down, serve them some drinks, and ask “So–what were you thinking there anyway?” Anne Boleyn is definitely one of mine. I’ve been fascinated by her since I was a kid and watched Anne of the Thousand Days on the TV at my grandmother’s house. I read everything I could find about her, and yet she still seems elusive. As Ives says, a woman of her own time but also so strangely modern, a woman of intelligence and ambition, pride and immense courage. Ives also calls her “the most influential and important queen consort England has ever had.”

I could write a post days long about her life and activities, but I’ll concentrate here on the end. After a crazed pursuit of 7 long years, Anne agreed to marry Henry on January 25, 1533–even though the Church and the Pope stubbornly persisted in insisting he was married to his wife of 20+ years Katherine of Aragon (who stubbornly insisted the same! For a man so set on his own way, Henry did marry so many proud and strong women…). On May 23, Thomas Cranmer, the new Archbishop of Canterbury (who was once the Boleyn family chaplain, the Boleyns being staunch Protestants) declared the marriage of Henry and Katherine void and the marriage of Henry and Anne valid. They were all thereafter excommunicated. But Anne was crowned queen in a lavish ceremony at Westminster Abbey on June 1, and gave birth to a princess, Elizabeth, on September 7. Elizabeth, of course, was destined to be her mother’s daughter in every way, even though she never knew her.

But the good times weren’t to last long. After many miscarriages, Henry got tired of her outspoken stubbornness, and in April and May of 1536 brought her to trial for high treason, via adultery and incest (and rumors of witchcraft). It was an utter travesty of a trial on charges everyone knew were trumped up, but Anne and her accused lovers (including her brother George) were declared guilty and sentenced to death. George was executed on Tower Green on May 17, as Anne waited for her fate in the confines of the Tower, where only 3 years before she had come in glory to wait for her coronation.

Anthony Kingston, the Constable of the Tower, wrote “This morning she sent for me…and at my coming she said ‘Mr. Kingston, I hear I shall not die afore noon, and I am very sorry therefore, for I thought to be dead by this time and past my pain.’ I told her it should be no pain, it was so little. And then she said, ‘I heard say the executioner was very good, and I have a little neck,’ and then she put her hands about it laughing. I have seen many men and also women executed, and they have been in great sorrow, and to my knowledge this lady has much joy in death.”

Around noon on May 19, 1536, Anne Boleyn died on a scaffold erected on the north side of the White Tower, in front of what is now called Waterloo Barracks. She wore a red petticoat under a black damask gown trimmed in fur and a mantle of ermine. With her ladies-in-waiting, she walked from the Queen’s House (which is still there), climbed the steps, and made a short speech to the gathered crowd as the French headsman waited.

“Good Christian people, I am come hither to die, for according to the law, and by the law I am judged to die, and therefore I will speak nothing against it. I am come hither to accuse no man, nor to speak anything of that, whereof I am accused and condemned to die, but I pray God save the king and send him long to reign over you. And if any person will meddle in my cause, I require them to judge the best. And thus I take my leave of the world and of you all, and I heartily desire you all to pray for me. O Lord Have mercy on me, to God I commend my soul.”

She then knelt upright in the French style of executions, said once more, “To Jesus Christ I commend my soul; Lord Jesus receive my soul.” Her ladies took away her headdress and jewelry, tied a blindfold over her eyes–and it was over in one sword-stroke. Cranmer said “She who has been the Queen of England on earth will today become a Queen in heaven.” Anne was buried under the floor of the Chapel of St. Peter ad Vincula behind the scaffold site, near her brother, where her grave can be seen today, and a few days later Henry married Jane Seymour. Following the ascension of her daughter as Queen Elizabeth, Anne was venerated as a martyr and heroine of the Protestant Reformation, and she’s an object of fascination (and movies and novels!) to this day.

See, I told you I could write about Anne Boleyn for days!!! When I visited the Tower last year, I actually started crying while standing at the scaffold site and reading the words engraved on the new memorial fountain there (at least it was early and not crowded yet! No one to see the crazy lady crying over stuff that happened 473 years ago). Who are some of your heroes? Have you visited sites that had significance for them? What did you think? Who are your “fantasy dinner party” guests??

I visited the Tower of London about 5 years ago–apparently before the memorial fountain you photographed. I found it a very melancholy place, as well, even with the crowds of people milling about and the tours moving in the background. I stopped myself from actually crying, but my eyes filled up while standing on the spot where she died–you can see the tower, the Queen’s house and the chapel where she is buried and somehow that brought it all down to a very human scale. It was imaginable and for a moment overwhelmingly real.

Wellington is a hero, for certain. I had a similar feeling when we visited his coach house at Stratfield Saye and they played a recording of all the accolades recited as his funeral carriage carried his body through London. I knew that this had been a great man.

There are sad places. Arlington Cemetery is incredibly sad, as is Gettysburg. I imagine the Tower must be, as well.

The Tower of London is indeed a very lonesome place even when filled with people.

I have been to Auschwitz and it was one of the most profound and chilling days of my life.

I visited Anne Frank’s house and held up fine until I saw her actual diary under glass.

Beethoven’s grave and especially Mozart’s brought me to tears.

I’m finally back on line after the fun (not) visit to the dentist! The root canal was not quite as bad as I feared it would be…

Catinbody, I think that fountain was fairly new when I visited the Tower, It’s very moving, engraved with the names of the people executed on that spot, and I stood there for quite a while envisioning it all. I’m not really sure I could visit the Tower again next time I’m in London (even though there’s so much to see there, I missed a lot), but I would love to see the crown jewels again!!

Louisa, it’s weird how moving the gravesite of a person we’ve read about and admired can be. I left flowers for Anne Boleyn, and then because I felt sorry for her left some for Catherine Howard too. 🙂 Is there actually a site for Mozart’s grave??

Amanda there is a site at the cemetery where Mozart is known to have been buried, but it is understood he was moved a couple of times. The monument is placed at the best guess for the exact location. He was buried in the St. Marx Cemetery in Vienna. A gruesome side note – a skull was delivered to the Mozarteum in Salzburg (where I went to music school) by a man who hung onto it after one of the moves of Mozart’s body. They are actually fairly certain it is Mozart’s.