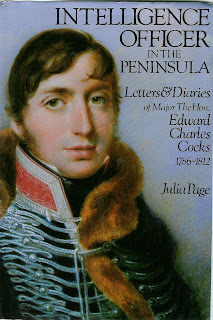 I’m writing the last chapter of Leo’s Story, my book connected to The Diamonds of Welbourne Manor. Have I mentioned it is due June 1?

Because today is Memorial Day, I could not think of a better blog than one I wrote in 2007, titled “Fallen Soldiers.” Who knew we would still be mourning fallen soldiers five years later?
Here is that blog, adapted for today.
Memorial Day is the day set aside by the US after the Civil War to honor military personnel who have lost their lives in service to their country. Memorial Day remains poignant for Americans today.

As the daughter of an Army officer, I have a particular regard for soldiers, which led to my Three Soldiers Series: Gallant Officer, Forbidden Lady; Chivalrous Captain, Rebel Mistress; Valiant Soldier, Beautiful Enemy. In my other books some of the heroes are soldiers and I almost always mention the war with Napoleon.

I love my Regency soldiers. I secretly yearn to write some Napoleonic war romances, sort of like Bernard Cornwell’s Sharpe series, only love stories. I own a brazillion books on the Napoleonic war and its soldiers. It seemed fitting today to tell you about one of them: Intelligence Officer in the Peninsula Letters and Diaries of Major The Honorable Edward Charles Cocks 1786-1812, Julia V. Page, editor (1986, Spellmount Ltd)

Major Cocks served in various capacities in the Peninsular war. He was attached to the regular Spanish army for a time and also with the 16th Light Dragoons. He worked as an intelligence officer behind enemy lines, performed special missions for Wellington, and was a field officer commanding soldiers. His family wanted him in Parliament, but Charles, as he was called, loved soldiering more than anything else. He was the consummate professional soldier, very much in his element in the war in Spain.

In a letter to his uncle, Charles wrote:

Few regard soldiers in their true light, that is as a body of men giving up many individual pleasures and comforts for a general national advantage, coupled certainly with the hope of personal fame and at the same time preserving more individual independence than any class of men….Men unused to war and ignorant of its ways regard slodiers as pernicious characters because they always figure them as intent on the desruction of their enemy, but a soldier only meets his foe now and then and he is every day engaged in reciprocal offices of kindness with his comrades….for my part I think there is much less ferocity in putting your foe to death when you see him aiming at your life, than in coolly rejoicing in your cabinet at home at successes purchased by the blood of thousands–Your dutiful and affectionate nephew, E. Charles Cocks

On October 8, 1812, Charles was acting as a field officer in the seige of Burgos. In the hours before dawn he led his men up a slope to regain the outer wall. When he reached the top, a French soldier fired straight at him. The ball passed through his chest, piercing the artery above his heart. He died instantly.

That morning Wellington strode into Ponsonby’s office, paced to and fro without speaking for several minutes. He started back toward the door, saying only, “Cocks is dead” before he walked out. Later Wellington wrote, “He (Cocks) is on every ground the greatest loss we have yet sustained.” When Wellington stood at his graveside, ashen-faced and remote, none of his officers dared speak to him.

Admiration for valor, gratitude for sacrifice, grief at loss. Today is not very different than 1812. 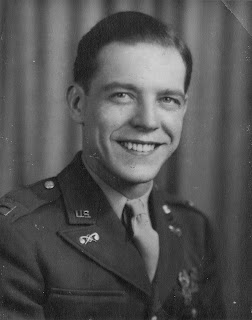 Each book in my Three Soldiers Series is dedicated to a relative who served in the military.

The first book was dedicated to my father. My father, Daniel J. Gaston, pictured here circa 1940s, was not called upon to make a soldier’s ultimate sacrifice. He reached an advanced age, long enough to see his daughters well-situated and happy, and his grandchildren grown. He died peacefully in 2001 before my writing career took off.
The second book was dedicated to my uncle, Robert Gaston, who served in WWII and who remains a proud veteran to this day, and to my cousin, Richard Witchey who served in the Vietnam War.
The third book will be dedicated to another cousin, James Getman, an officer in the Coast Guard who lost his life one winter over 30 years ago while readying his vessel for service.

Do you have a soldier, real or fictional, who deserves tribute?

Would you like more war romances? Do you have any favorites?

To all our soldiers……Thanks
Diane

God bless our military. It’s only happened a few times, but anytime I see a soldier, usually it’s in the store (if I feel like I won’t be intruding) I take the opportunity to say thank you. I walk away quickly because I don’t want them to see the tears rolling down my face. I grew up in a home where the military was not respected, but I knew somehow that was wrong. This month, I read “Lone Survivor” by Marcus Luttrell, and what an eye-opener for me.

That letter is quite telling. Thanks for sharing it.

Diane, I’ve enjoyed your soldiers and your soldier trilogy, especially seeing the same event from three different perspectives. I don’t think it’s an easy genre to write, because there needs to be a deep understanding of the military. It’s like being able to tell when a writer has created an abuse survivor character from what they’ve read not what they’ve experienced. For an “outsider” it would make sense, but for someone who knows…

Thank you, Judy. What a nice compliment.

I’m glad the men and women in the military are now getting the respect they deserve. I just wish they could all come home and not be in harm’s way. We’ve lost too many!

My cousin’s son is in my prayers every day. He is serving in Afghanistan and will return to his civilian job as a police officer at the end of June. Come home safely, Josh.

My father was the consummate soldier – 6 years Army, fought in Korea – 25 years Air Force. He was not an officer, but he was and remains my ideal gentleman. I can still make a bed you can bounce a quarter off of, Pops. Miss you.

I have so enjoyed your soldiers, O Divine One, most especially as they seem so real to me, much more so than many romance soldiers.

God bless and keep our men and women in the military wherever they serve.

Can’t believe I have missed getting to Risky Regencies for 3 days.

There were many military men in our family. My father served in the Navy during WWII as did one of his brothers and another served in the army and made it a career. A younger brother served in Korea as a medic. He was killed when he was 18 while pulling wounded soldiers off the battlefield. He received commendations for that and the local reserve center was named for him. The youngest brother served in the Air Force between Korea and Vietnam. Four of my mother’s brothers also served during WWII.
My husband retired from the Air Force and flew B52’s over vietnam during the war. His dad was career Air force and is buried in Arlington. His Dad’s only brother is buried in one of the military cemeteries in France after being killed during a bombing raid during WWII.

I am thankful that the troops and their families have more support today than they did during Vietnam. The families of those serving and those who have been injured or killed are as deserving of recognition as the soldiers themselves. It is not easy to have your spouse gone for months at a time, or trying to cope with a seriously wounded family member. Even those who come back whole in body are not always whole in spirit. I hate to even think about dealing with the loss of someone during combat. I loved being a military wife, but it isn’t easy and it isn’t for everyone.

librarypat, I grew up in the Army. It’s a part of me and I think it is one reason I write about Regency era soldiers.

Your family has an incredible record of service. How hard it must have been to lose some of those brave ment.