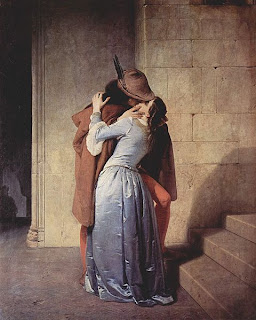 Happy Endings! I finished Leo’s Story in time and sent it to the editor (who gave me 5 extra days which I sorely needed). So I am breathing a sigh of relief.

It is always hard to know how exactly to bring a story to the end. There are things I want my endings to have and I’m not always sure they do until the readers read them.
Off the top of my head, here is a list of “must-haves” for endings.
1. They must be logical. The reader should think they make sense.
2. Even though they make sense, they should also have some element of surprise
3. Little clues should occur earlier in the book so that, at the end, the reader sees why it couldn’t end any other way.
4. Loose ends should be tied up. The reader should know what happens to all the characters.
5. In romance, the ending should be happy. Or “satisfying” as RWA now defines it. Mine are always happy for the hero and heroine. Not for me to have the hero and heroine find love, then the hero goes out sailing and drowns.
My husband and I just watched a movie on Netflix that had one sort of ending that I hate. I don’t know the title of the movie, but it was all about the hero trying to rescue the heroine from a coven of witches who want to have her as a human sacrifice on winter solstice. Everything he tries doesn’t work but he does get to her in time right when the sacrifice is going to happen. Instead of the hero saving her, though, it turns out that the whole thing was a set-up and the hero becomes the human sacrifice. Then you see the heroine set up the next fellow in the exact same way.
Horror movies often have this sort of ending. Just when you think all is well, you find out it is just going to start all over again.
I’m not saying these sorts of endings are wrong. Only that I don’t like them. I much prefer the happy ending of a romance novel.
What elements to you think are important in story endings? What kind of endings do you like? What kinds don’t you like?
Thanks to all in our “Risky Community” who have been with me these last few weeks while I’ve lamented and obsessed about needing to make my deadline. I have felt very supported!
Posted in Uncategorized | Tagged Plotting the ending | 9 Replies
0 0 votes
Article Rating
Subscribe
Login

UGH!! I hate those kinds of endings!! I feel so betrayed! I also feel stupid for empathizing with the “heroine.” I feel tarnished… actually, I feel victimized all over again. I trusted the wrong people… where is my wire brush…

I’m okay with not knowing the fates of every character, as long as I know the primary characters live happily.

I’ve been criticized for wanting a happy ending, to which I reply: “I have no delusions about reality that’s why I like a happy ending. If I’m reading a romance novel, it’s because I want to escape from real life. If I want real life, then I’ll read nonfiction.”

“Not for me to have the hero and heroine find love, then the hero goes out sailing and drowns.”

That is a fabulous Ending Checklist! I especially liked the part about making sure there are little clues so that when the reader goes back it all adds up.

I do like that RWA changed the wording to, “satisying,” though, because it’s more inclusive.

This is helpful and yet unhelpful too. Although I’m only halfway through my novel I know how I want it to end and am trying to see if I can actually make it happen that way. I feel like it can’t happen the way I want it to because of some other loose ends, but when I told my friend about my original ending she thought it was just lovely. So now I know my happy ending checklist, but I don’t know if I can make my ending become that perfect ending. The clue part is not something I had thought of before, but am wondering if I didn’t do it unknowingly. I guess it will depend on what ending I end up with.

Artie, I know I sound so deliberate with my checklist, but I never think of those things while I’m writing! After it is all done, THEN I think about it. Just write your story!! If your original ending works, wonderful. If not, you’ll come up with something just as wonderful. And you can always change things!

The ending in my original synopsis was not exactly like what I wound up with. About all I can think of when I’m writing that initial synopsis, is “Does this make sense?”

Judy, you have articulated exactly why I hate those endings of some horror movies. I am also in complete agreement about happy endings.

Jane George, I’m glad RWA changed it to the more inclusive definition. I’m all for being inclusive! I’m just in the “happy ending” camp for my own work.

I too know all about reality. I read to escape all of that and I want my happy ending when it comes to romance! A few authors I used to read on a regular basis wrote series in which the heroine and hero took several books to fall in love, then they were in love for a few books and then the author killed off the hero or broke them up so the heroine could run around with some other guy. These authors lost many fans as a result of this and at least one of them made the remark “They’re my characters, I’ll do what I want with them.” Not certain that was the right thing to say.

I love happy endings that seem to be impossible and then something simple and quirky happens to make it all work out.

That definitely sounds like a movie I wouldn’t want to see! With a few exceptions (I love “Atonement,” for instance) I am not a big fan of the gotcha ending. Unexpected twists in the plot, sure, but something like that just feels like cheating…

I pretty much agree with all the points you brought out. There seems to be a rash of books lately with unsatisfying endings. They are too rushed . The story will be going along well, then it is almost like the author lost interest and rushed through to get it done. The loose ends aren’t taken care of and characters and their relationships aren’t nicely rounded out.

There was one book I enjoyed up to that point. After the big fight scene, there was a dance that evening, the couple was happy, and the hero had made and displayed something in the hall (which would have taken at least a day to make, let alone hang), all within a few hours of the battle. This all took place in just a few pages. There wasn’t a realistic amount of time to do even half of what was done. No pulling together of threads that had run through the story. No firming of the relationship between Heroine and hero. It was just done. Very unsatisfying, and it took away from what had been a good book.

Diane, How dreadful to kill of Book 1’s hero and heroine. That kind of puts a damper on Happily Ever After for everyone in the rest of the series. Yes I can see it happening as it does in real life, but not in a romance series.

What was worse, librarypat, was that hero and heroine number 1 died in a fire!!!!

I, too, hate a rushed ending. I sympathsize, because when you are hurrying to finish by the deadline, you sometimes lose perspective. But the editor should insist you fix it during the revision process. I know my editors would!