I want to talk about covers. Specifically, covers for reissued traditional Regencies. I’m looking into the idea of republishing my backlist and interested to see what others have done.

Some authors have gotten new cover art much in the style of the Zebra and Signet Regency covers. Shannon Donnelly has some very nice ones; here’s an example. The concern I have with these is the possible perception among readers that these books contain no more sexual activity than kissing. I’ve had some irate reader mail about my Regencies that had sex scenes and some Amazon comments to the effect that sex does not belong in traditional Regencies (or even that sex did not occur during the Regency!) Janet and I once had a chat about how readers might not expect a bondage scene in a book with this type of cover. 🙂 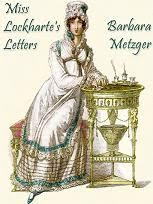 There are some lovely covers using period fashion plates. Here’s one through Belgrave House and another by Candice Hern. I think they’re great but they do seem best suited to the sweet traditional Regency.

Here are some other styles of covers I have found on Smashwords when searching for “Regency romance”. As far as I know, these are not reissues but they show a range of possibilities. 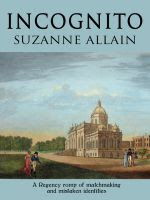 I like the use of period artwork, especially portraits. I pick books more by whether the characters seem intriguing than by the level of sexuality, so an attractive and interesting portrait will catch my eye.

I loved the first cover for Pam Rosenthal’s RITA-winning THE SLIGHTEST PROVOCATION, which featured a portrait by Sir Thomas Lawrence. IMHO this cover is sexy; it also promises quality writing and a period feel. Yet the book was reissued with this much less subtle cover. The Smart Bitches and their guests discussed the merits of each; opinions were mixed but I think pretty evenly divided between the classier vs the cheesier cover. I only hope the two covers helped the book reach a wider readership!

So what do you think? Which sorts of covers do you like and why?

How important is it that a book cover reflects the level of sensuality of the book, versus other elements?

What sort of covers do you think work best for books that fall somewhere between the sweet traditional and the sexy historical?

Covers used to mean a great deal to me when I was buying actual print books where you get to see the cover and it catches your eye at the bookstore – for those, I always was attracted to covers done in bright colors, with the historical dress, beautiful heroine with the gorgeous hero… Now that I have an ereader, I find that the covers really don’t matter too much to me anymore since I don’t get the full effect of them in black and white (and sometimes I don’t even get that, I just get the title on a plain white page…) But I still cruise the online bookstore and see the icon…and I have had the misadventure of finding a few books that I judged based on the cover to be more of a traditional regency romance only to find out that they bordered on erotica! So I have learned not to judge a book on its cover!

I like an attractive cover, and the period portraits are lovely. As long as the description gives me some idea of what the book is about, including a hint at the level of sexuality, that’s more important than the cover, in my opinion.

I love the Ackerman plates used as covers for regencies. And what was more luscious than the first cover of Pam’s book? I don’t think either example implied anything about the level of steam in those books. On the other hand,the later cover of Pam’s book was really trite. I have just had a knee replaced so I need to occasionally hang on to people to get my balance. I’m not sure what Yellow dress’s problem was. :}

Dtchycat, it’s interesting to see the effect of covers based on shopping. With epublishing the potential buyer sees just a small icon at first, so I think it’s important that it be striking and not too busy.

Barbara E, I’m with you on liking period covers, obviously! I did find it a little scary that some of the commenters at the Smart Bitches said period portraits reminded them of required school reading, and not just Jane Austen, but the sort of books that would not have a happy ending.

MizWaller, I totally agree that Pam’s second cover was trite. Still, it seems that for some readers it’s not the cover image itself but the fact that the clinch and the bare chested (and always shaved!) hero are a sort of code for what is inside. The code was harder to read on the other one, although I was one of the ones who “got” it.

Great topic. I really like the period portraits. They’re lovely.
The historical buildings are also quite attractive, but I’m not as keen on the flowers. They don’t say historical to me. An attractive cover might grab my attention, but I’m more likely to make a final decision re purchasing a book after reading the blurb.

Shelley, it’s good to know the blurb matters, too. I love images of landscapes and historical buildings, too but I’m not sure everyone would find them romantic. As for prop covers, I’m sort of neutral about them. Photos feel somehow modern, even if of period objects or places. But there are a lot of different reactions to covers, which is why I asked. 🙂

I think several of those covers don’t even look Regency or even Historical to me.

I think covers do brand a book. That’s why you used to be able to pick out a Traditional Regency by cover alone. Or an Avon.

I remember years ago the series line Loveswept went to flowers on the covers. Shortly thereafter the line died.

The cover should give a clue to what is inside, what kind of book it is. That’s why I don’t mind the clinch covers as much as others (like our Janet!!) do.

Although I do think Pam Rosenthal’s second cover went a bit too far for the style of book, but I can also see how the first beautiful cover did not brand the book.

The great thing about self-pubbing is

1) You can get GREAT covers for a modest amount (between $35 and $300, depending on whether you want the cover exclusively)

2) If you end up feeling the cover isn’t working, it’s easy easy EASY to replace the cover and see if that works. You are not stuck with the first cover you choose, so don’t get as hung up over it as with your print books.

Diane, I do suspect that readers look for covers to identify genre/brand. The challenge is to identify the genre but also show what makes this book different from others in its genre.

Carolyn, thanks for the encouraging advice. It’s good to know marketing mistakes can be fixed. 🙂

Uh oh…just came back to check for comments and my verification word is “torso”.

Maybe I’m being heretical, but… what audience are you trying to attract?

I ask because I’m intrigued by the new covers for works like “Wuthering Heights” and “Pride and Prejudice.” These are classics, and they’ve always been sold in the general literature section. But now they’re being repackaged in hardback books with flashy Twilight-esque covers and sold (quite successfully) in YA.

Kate,
That’s a good question. I’m curious about whether those Twilight-esque covers on classics have worked. Are the readers not disappointed that the stories aren’t exactly like Twilight? I think it would be great if this got them hooked on Austen and the Brontes, I just don’t know if that is happening.

With my own books I want to build a readership. I want covers that will attract readers but won’t make them feel betrayed and cause them to post scathing reviews and never buy another.

The question is how to attract the readership who will enjoy my stories and come back for more. I’m not sure that imitating the old traditional Regency covers is the answer so I’m trying to think out of the box.

Don’t quite understand the complaints about a misleading cover for “Dedication”. Did these people not read Mary Balogh’s “The Notorious Rake” or “A Precious Jewel”? These were trad Regencies from the heyday of the Signet Regency line; the former had the H/H have a scorching encounter (during a thunderstorm!) the first time they met, and the latter opened with the prostitute heroine preparing to meet a client. They also had the classic Signet covers, so it’s a bit disingenuous to complain that the cover of “Dedication” was misleading — there were clearly other trads with more than just kisses.

Susan,
Like you, I know there’ve been sex scenes in traditional Regencies since before I started writing them. However I can say honestly that I’ve gotten mail and online reviews from readers who were taken aback by it in my books. Even some who told me it was historically inaccurate for people to have sex during the Regency (even when married), LOL!

But I honestly don’t know if it is the covers that lead to that expectation of a chaste read.

I remember when THE SLIGHTEST PROVOCATION came out with the second cover and the comparisons being made at that time. I really prefer the first cover. The style of the second cover is the reason I didn’t read romance for such a long time. The bodice ripper, although it seems to be the man’s “bodice” that has been ripped lately, image doesn’t give the impression that there is a serious book between the covers. Someone looks at you and you can see on their face they are thinking “another one reading trash.”

The regency covers at the top of the post and to a degree, the next two, really are associated with sweet stories that are safe reads. I helped people select books at the library and know how upset they would be when too much was happening on those pages. The cover should be a bit of a clue how much and what kind of action will be inside.

The covers for LIKE NONE OTHER is perfect for that in between book. It lets you know something is up that might not be totally innocent. A SCANDALOUS WIFE has too modern a feel to it.

Thanks Pat, I really appreciate insights from a librarian. 🙂

Hey, Elena – read this whole post & it’s fascinating. Hard to keep up with all you who know these authors and covers so well, tho. As a fairly newbie rom. reader, I’m a little hestitant to carry around the blatantly sexual covers, but once thy’re in the house… My friends that read them have definitely agreed the e-readrs allow privacy in public, but I don’t know how they pick what they buy. I’m 100% library user, & choose frm back cover blurb moreso than cover pic. And I personally love abstract pictures…wonder why there aren’t more?