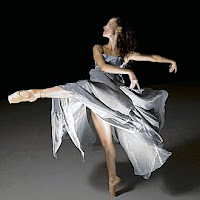 Happy Tuesday, everyone! Like Diane, I am “between engagements” (I know what’s coming up next–after RWA, which is two weeks away, eek!). So, what am I doing with all this time? I am deciding what to pack for RWA, trying to lose a couple more pounds before RWA (in the quest for which I’ve been doing crazy things like kickboxing and spin classes), and just generally getting excited about seeing everyone at RWA. I’ve been supervising my little ballet class in last weekend’s recital (everyone performed beautifully!), and I’ve been getting caught up on some reading. (Just finished a terrific book by Jehanne Wake called Sisters of Fortune: America’s Caton Sisters At Home and Abroad about a set of beautiful, wealthy sisters from Maryland who took Regency London by storm).

I’ve also been doing some prelim work for the next couple of books (that stuff which I call Important Research and others–like my mother–might call procrastination). I love to make soundtracks for stories, music that seems to suit the mood of a certain character or scene. It can be music of the period (like lute music for an Elizabethan story) but not always. Sometimes it’s something totally off-the-wall (sort of in the style of Sofia Coppola’s Marie Antoinette). Today I am thinking of music for love scenes. These can be the trickiest scenes to set to music sometimes, because it all depends on the mood. It can be anything from Bolero, instrumental jazz like Miles Davis’s So What, or Rihanna’s S and M. I asked some of my writing friends around here what they would suggest–some people had funny stuff (Katy Perry’s Peacock), some had ideas I might steal (like Crash Into Me by the Dave Matthews Band).

My number one stand-by song for any love scene is this, Next Girl by The Black Keys:

And this is Billboard’s Top 50 Sexy Songs….

What are your favorite love scene songs? Do you put soundtracks to your books?

(And if you’re in a serious-minded historical mood today, it’s the anniversary of the Battle of Friedland, which you can read about here…)

I’m an irredeemable geek. While writing, I do play music that seems to fit the story, but it’s almost always classical and instrumental. Debussy and Ravel for love scenes. I think that may be a bit trite but it works for me. 🙂 As an excuse, I can’t write while anything with lyrics is on. Somehow I can’t make up my own words while someone is singing theirs.

Here’s something really bizarre. I discovered that, while writing this last book, my concentration improved when I listened to a streaming radio station called Breezy. Breezy plays jazz and vocals from about 1930 to ballads of the 1960s. This included lots of very romantic music.

That list of 50 sexy songs, Amanda? I recognized about 3 of them!

I tend to listen to ‘classical’ music – instrumental for the most part and movie soundtracks when I am writing.

For love scenes I use:

Adagio for Strings by Samuel Barber

Fantasia on a Theme by Thomas Tallis by Ralph Vaughan Williams

Symphony Number 5 by Shostakovich – Movements 3 and 4

Nessun Dorma from Turandot by Puccini

It is so true–I have to have music on in the background while I write or I can’t concentrate at all! Usually it can’t be songs with lyrics, because then I stop writing and start singing along, but sometimes that works. 🙂 (and I love figuring out my characters’ favorite songs)

Sometimes I have to have music, other times it’s a complete distraction. It just depends.

I don’t know why that is.

I love music, but once I get writing I tend to zone out and don’t hear it. It’s a total waste on me 🙂

Anyone else remember “Bolero” in the disastrous love scene with Bo Derek & Dudley Moore in “10”? Aye yi yi

I just stumbled upon this blog and – just guess which song I listened to at that moment. Yes, “Next Girl”. I love the Black Keys.

Apart from that coincidence: I can’t write without music. I love the silence, but I can’t stand it when I’m writing.
The music has to fit the atmosphere of the scene, so I made different playlists for different atmospheres. From jazz over piano-only (Yiruma), over dramatic trailer-music (Two Steps From Hell, X-Ray Dog), to rock (Creed, Poets of the Fall). Oh, and Enya and Loreena McKennitt somewhere in between. 😉

I just have to avoid German lyrics, they distract me. (Find the apology for my bad English here. ;))