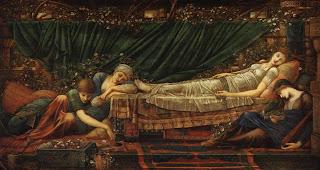 So, what have I been doing this week (besides missing all the fun at RWA!)?? I have been:

1) Watching far too much TV. Until the last couple of days, it was hard to concentrate on books, so I was mostly reading fashion magazines and watching copious amounts of television. DVDs of every Austen and Bronte adaptation I have, North and South (for the 161st time), Top Gear, True Blood, and marathons of Say Yes to the Dress and My Big Fat Gypsy Wedding (how did I miss this show before??? Those dresses are a whole new dimension of crazy), until I started yelling at the people on the screen and had to turn it off.

2) Feeling much better, almost human again. I went to Sunday brunch and a friend’s 4th of July pool party (though no bikinis for me the rest of this summer!), and had a whole new appreciation for things like that. Life is good.

3) Drinking chocolate milkshakes, which are the only thing that really tasted good until recently and are probably a big part of my new-found appreciation for the world! Milkshakes are awesome.

4) Being really, really glad I didn’t need surgery in the eighteenth century, when things wouldn’t have gone quite so well. I have a reproduction of a 1712 pamphlet titled “Treatise of the Operations of Surgery” and let me tell you, that is some scary stuff. Their advice for painkillers during surgery is basically a stiff drink and bite down on a piece of wood. And with no x-rays and CT scans their best guess for when and where to perform a surgery was to rely on the weather. For instance:

“A favorable season for an operation is either Spring or Autumn. In the Spring, the blood is revived with greater heat whilst in the Autumn blood is cooler. In the Winter the cold…hardens transpiration and the blood has not the vivacity required to animate our bodies.”

Good to know. There is also this quite terrifying site with photos of old surgical tools, if you’re curious….

All told, I’m glad I got to go to a modern operating room with a nice painkiller drip afterward.

What have you been doing this week?