Megan with the Revising Snafu 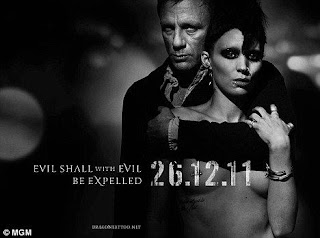 Next week I begin revising–yet again–my Regency-set historical. I don’t dread slashing my words, I’m really very cavalier in relation to my creations (son aside; I’m not as cavalier about his welfare), but I do feel at sea about how exactly to begin. Because the story as I’ve told it is as I wanted to tell it, but it seems it doesn’t work for all people. So I have to figure out how to make it more universally compelling, and that is a task, indeed.
But that’s boring writer stuff. In non-boring writer stuff, I am very excited to see two upcoming HUGE films: The Girl with the Dragon Tattoo (the English language version) and Tinker, Tailor, Soldier, Spy. I read both books in anticipation of the films, and from their respective trailers, it looks like both rock the house.
The cast for TTSS is phenomenal: Gary Oldman, Colin Firth, John Hurt, Ciaran Hinds, Benedict Cumberbatch, Tom Hardy (swoon), Mark Strong, and Toby Jones. How can it be bad? No, wait, it could be. But advance word from the UK, where it’s already playing, says it’s not.
I like the fall since the summer blockbuster films have all run their course, and we can get down with some more substantive movies.
So inbetween sweating character motivation and such, I’m going to be heading to the movie theater. Happy October!
Megan
Posted in Jane Austen | Tagged Jane Austen, Megan | 5 Replies
0 0 votes
Article Rating
Subscribe
Login

I *might* go to see the Albert Hall simulcast of The Phantom of the Opera on Sunday…except the tickets are a little pricey at $22.

Diane–but you’d love going, right?
(Of course, $22 doesn’t sound pricey to me, but that’s ’cause I live here).

Megan, I hope TTSS comes to my area. Sometimes I think we only get chainsaw movies… But I can catch it on Netflix sometime.

Good luck with the revisions. I don’t know if this would work for you, but when I’m tackling something my critique partners didn’t care for, I will make a big, hot cup of tea, sit on the couch in my writing room and read over their comments. Then I may journal about it, starting with a rant about why they can’t get what seems so obvious to me. If I do that for a while there’s usually a lightbulb moment. 🙂

A new TTSS film, I read it here first. I know some folks will be interested. Best wishes on your revisions.
-Hatrack

The cover is attractive and hope the content also.