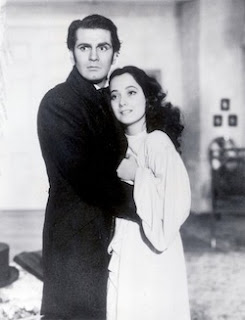 So this was made official yesterday:

Megan Frampton writing as Megan Caldwell’s VANITY FARE, about a 40-year-old Brooklyn mother, recently divorced with a son, who starts writing copy for a bakery, discovers a knack for food-related literary puns, and becomes entangle in a love triangle, to Wendy Lee at William Morrow, in a nice deal, by Louise Fury at L. Perkins Agency (World).

And it was inspired, surprisingly, by that mid-nineteenth century (in)famous classic, Wuthering Heights. I have a friend, an old friend from high school, who comes over every so often to watch period dramas and drink wine. One evening we chose Wuthering Heights, starring Laurence Olivier. I was in midst pour when I said, “Hey, how about Mothering Heights?”
And the idea for the book was born.
I then giggled a lot, told a few people–including an acquaintance of mine, a literary agent–and they all said, “Wow! You have to write that!” The literary agent was very enthused, which gave me impetus to go on.
Then I employed the Carolyn Jewel method: The “What If?” application.

I started writing. The book was originally titled Mothering Heights, but we changed it as we got closer to a deal.

So in about a year, a trade paperback will come out, all started by some wine, a good friend, and my ability to rhyme.
0 0 votes
Article Rating
Subscribe
Login

Congratulations, Megan! I’m glad that you put in the hard work to complete what wine and friendship, etc… started. Raising virtual bubbly in honor of your perseverance! 🙂

I am very much looking forward to reading the book!

Fabulous news, Megan! Congratulations! And what a wonderfully serendipitous way to start a book!

Yea! This is so cool. Will have to celebrate in person in Anaheim.

HOORAY!!! No one deserves such great news more :))

Thanks, guys! It is so nice to pop over here at the end of a loooong day and see such nice things.

Now off to clean my son’s room…Whee.

Sounds like great fun!! I love those kind of titles… and am always pleased by the books!

Good old “What if.” Congratulations on the great idea and doing something with it. I look forward to the book coming out.