Thanks for the Regency

This is Thanksgiving week and a time to be thinking of all the things for which we are grateful. I’ve had many blessings in my life. Family and friends are chief among them. I thought it would be fun to look at some “Regency” things that make me grateful. 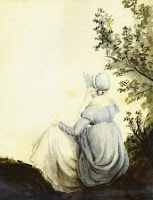 1. Jane Austen.
Without Jane and her wonderful books would this time period be thought of as a setting for romantic historical fiction?
2. Georgette Heyer.
Heyer made the time period come alive. For Jane, the Regency (or late Georgian era, to be specific) was contemporary and it would not have occurred to her to make it part of the appeal of her books. Heyer, writing later, embraced the era and made it come alive with great wit and cleverness.
3. The Drama.
The few short years of the Regency were filled with drama, the fodder of a novelist. With a mad king, a frivolous Prince Regent, social unrest, a war with Napoleon, and even dramatic weather (the year without a summer in 1816; the last Frost Fair in 1814), few eras could compete. 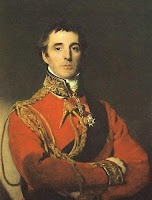 4. The People.
Think of all the larger than life figures who inhabited the Regency: The Duke of Wellington, still revered as a national hero (and by me… and Kristine Hughes). The Prince Regent, almost the polar opposite of Wellington. Lord Sidmouth, the force behind the repression of social protest, Lord Castlereagh, Foreign Secretary who, at the Congress of Vienna, brought peace and order to Europe and who tragically killed himself. Literary people, like Austen, naughty Byron, Shelley, Keats, Sir Walter Scott. Personalities like Harriette Wilson and Beau Brummell. The list goes on.

5. The Beauty.
Beautiful fashions for women, starting in the late Georgian era, stopping short of the excesses of the Victorian era. Beautiful settings – Country houses, Mayfair, the Pavilion in Brighton. Romantic modes of transportation – elegant carriages pulled by matched sets of horses, racy phaetons and gigs, riding horses, ships.
I’ll stop here, although, if I took a little more time, I could probably think of more. I am very thankful that I can “live” in the Regency every day in my writing. I’m thankful that my success has afforded me the ability to keep on writing Regency romance. I’m grateful for those wonderful, loyal readers who still love books set in the Regency. You’ll see more books from me!
Here’s something for which YOU can be grateful! The Harlequin Historical Authors are again hosting a Holiday Contest. In the spirit of an Advent Calendar, there will be daily prizes and a grand prize of a Kindle Fire! More on that next week….
In the meantime, what about the Regency are you most grateful for?
And Happy Thanksgiving to you all!
Posted in Uncategorized | Tagged Thanksgiving | 6 Replies
0 0 votes
Article Rating
Subscribe
Login

The Regency inspired some wonderful books. 🙂 Did you know that canned food was developed for Napoleon’s army? What a blessing!

I just bought a lot of canned food! I didn’t know I should thank Napoleon!

WOW! Canned food. Who would have thought it!

I’m grateful for the stately homes, the gorgeous clothes, the fabulous architects and designers, the horses and carriages, the amazing artists of the time and the unconventional women.

And I’m thankful my love of the Regency and Regency romance brought me all of the fabulous ladies of Risky Regencies!

The artists!!!! I knew I was forgetting something!

ah yes! Jane! Georgette! The Regency. Sigh. For me, I would also like to expand this to the Georgian and Victorian times. I also love the Bronte’s, Mrs. Radcliffe, Wilkie Collins, Mary Elizabeth Braddon… I love the Gothics.

I adore the etiquette. I wish there was more of it nowadays. I take great delight when I’m walking down the street & a gentleman tips his hat to me. It makes my day.