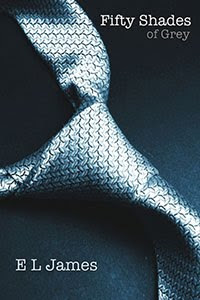 In other words, the characters are like me. And I like that.
I think it started with quiet, plain Jane Eyre; I definitely identified with that character, even though I wondered why she didn’t just settle for foxy St. John Rivers. Later on, of course, I was all about the fun of getting Mr. Rochester, external damage added to his internal damage.
But in reading some opinions of Fifty Shades, I saw some people thought the heroine was wishy-washy, insecure, and self-obsessed. Um, again–like me. I like characters like that, characters who don’t make the right choices, think they’re the center of the universe even if they absolutely know they’re not, characters who think and overthink and think again.
Which, being that kind of post, leads back to me. I’ve just sent in a revision for my upcoming book, and in re-reading it, I am guessing many, many people will hate my heroine. I wish they wouldn’t, but they will–she’s self-absorbed, neurotic, self-questioning, insecure, and self-deprecating. Ahem.
That’s not to say I don’t appreciate the feisty, says-what’s-on-her-mind heroine; I do. I just have that much more of a step back in my perspective of viewing her, so it takes that much more for an author to get me into her heroine’s head. Usually, that happens, although sometimes I do wonder what the heroine was thinking to rush into danger like that.
Do you like reading characters who are similar to you? Do you notice?
Megan
0 0 votes
Article Rating
Subscribe
Login

You are costing me a fortune in books. Stop reading. ktxbai

I like heroines who are who I wish I could be, so I admire courage and strength of character. She can have issues but those are hidden carefully. She does the hard things, not the wrong things.

But I was talking with my agent about how sometimes we don’t like books that it seems everybody else loves so I would not worry. If you love your heroine, so will lots of other people!!!

I wouldn’t worry about whether my heroine is liked or not. I think what’s important is that your characters create some form of emotion in the reader. It’s better dislike then apathy.

I am not sure you won’t hate the heroine, but lemme know!

Diane:
Ooh, doing the hard things sounds like something my heroines should strive for! I like that

Kat:
That’s what I remind myself when I get worried about it–if I cause a reaction, even a ‘yuk, I hate this’ one, it’s better than apathy.

Hey, there have been some heroines I absolutely hated that the rest of the world loved so it is definitely not an exact science. And I rather like that. I like all sorts of heroines so long as they are well-drawn and come to life on the page.

I like some heroines who are like me and some who are not. I think each of my heroines has some aspect of me in her.

I like a bit of “woman’s journey” in my romance and I can relate to a flawed heroine who finds her strength in the course of the story.

It’s definitely risky to write about heroines too much like ourselves. When readers don’t like them it’s hard not to take it personally! But taking that risk will make the story ring true for other readers.