Is Fassbender Too Risky? 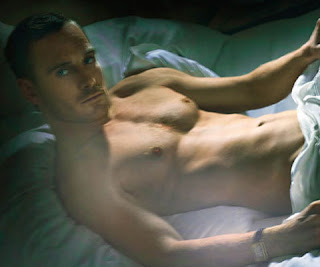 We’re all about taking risks here. Normally ones found in books, but heck, we like a good risk-taker no matter what the genre.

So this week the nominations for the Academy Awards were announced, and Michael Fassbender was not a nominee for Shame, which (by all accounts–I haven’t seen it) is a daring, riveting film, and MF (great initials!) is fantastic in it.

And he showed it all on-screen. Not the first time he’s done so, but it drew mass attention because of George Clooney at the Golden Globes, suggesting MF doesn’t need a golf club to play golf. Personally, I think that’s a weak joke, but then I don’t have a faux golf club myself–maybe it’s a man thing?

Hooray for the Risk-takers! What risks have you taken recently?

I’m not much of a risk taker, but this picture sure drew me in. I’ve heard just a bit about SHAME and do want to see the picture. I’m never one to see the flicks nominated, but this one is on The List!

It must be a Man Thang….

I think so, Artemis. This is playing in my area, but it’s hard to find a time that my husband and I can go AND have our son taken care of. Hopefully at some point we can.