So this weekend there was a little awards show called The Oscars (you might have heard of it??). And as usual I stayed up far too late, eating too much chocolate and drinking wine because I just can’t give up until I see what took Best Picture. This year was good because I actually really enjoyed several of the movies (I adored The Artist, loved Midnight in Paris, admired Tree of Life, and thought The Descendants was pretty good…), and Jean DuJardin is my new French boyfriend.

I also loved many of the gowns! It seemed like an especially good fashion year…

Some of my favorites: 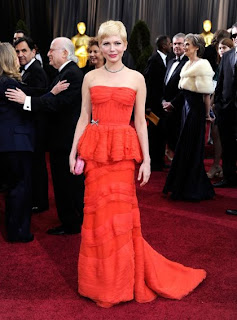 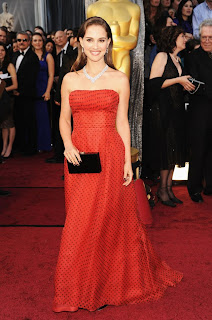 Natalie Portman (I wanted to steal this immediately!) 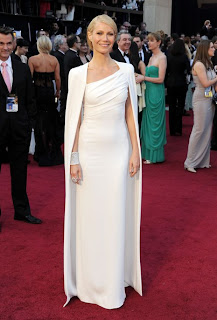 Gwyneth Paltrow (liked it better without the cape, but you know, yay for red carpet capes!) 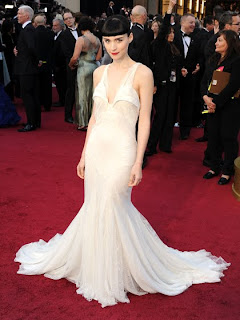 Rooney Mara (no-one else could have pulled this off, but I love her weird, chilly style) 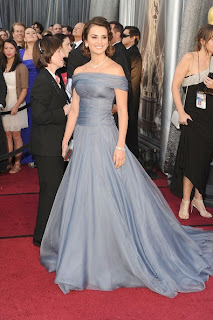 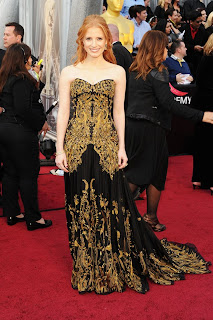 Jessica Chastain (she is so beautiful and yet so iffy on the rc–I’m glad she pulled it off when it counted most!)

And I didn’t especially like Emma Stone’s dress (I was convinced I had seen her in something just like this before, but it turned out it was Nicole Kidman…), but she was by far the most entertaining thing in a very long evening (except for the Christopher Guest faux “Wizard of Oz” test group), and I just love her…

There wasn’t anyone I totally hated, but I do think Berenice Bejo could have done a lot better… 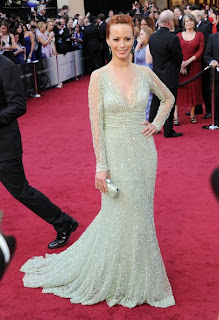 And what was up with Angelina Jolie and her crazy leg?? The dress was nice, though she was swimming in it, but I could not figure out what was with the weird posing… 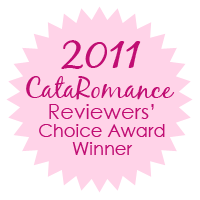 I also found out I got my own award–though I don’t get a couture gown with it! The Shy Duchess won Cataromance’s Best Harlequin Historical of 2011…(See the list of winners here…)

Who were your favorite fashionistas at the Oscars this year? Who was your least favorite??

Oh, yay!!! You did your Oscar fashion review!!!

I agree, mostly. I didn’t like Gwnyeth Paltrow’s dress, but then I can’t figure out why she is such a fixture on the red carpet or why she would have been a presenter.

And Penelope Cruz’s dress needed to be a different color.

I loved Jessica Chastain’s dress. It was sooo different!

LOL! The color was why I liked it so much đź™‚

I liked all the reds this year, but I hope the trend for nude-colored dresses goes away very soon…it reminds me too much of old pantyhose…

I am so with you on the nude-colors!

And I forgot to say CONGRATULATIONS!!!!!! I am so proud that your Welbourne Manor book won Cataromance’s Best Harlequin Historical of 2011. I loved that book!!!!!

I also love the new photo on your web page. The one with the umbrella!

Yay Amanda on your award!

I liked Jessica Chastain’s dress best. In fact, I LOVED it.

I liked pretty much what you liked, too, though I liked Gwyneth Paltrow’s cape (and as it was in the 40s, it made sense outside!). I also liked Meryl’s Streep’s Oscar-esque gown…

First of all,congratulations on your award. they don’t need to be Oscars to be worth getting.
I didn’t have any real favorites. I liked the variety of colors this year. It usually seems that most are black and white. I liked Octavia Spencer’s dress. It is hard for a large woman to look glamorous, but she did it in a nicely understated way.
As for Angelina Jolie’s pose, I think she has been looking at too many romances lately. Th leg exposed to the thigh in just that manner seems to be the most recent trend in cover poses.