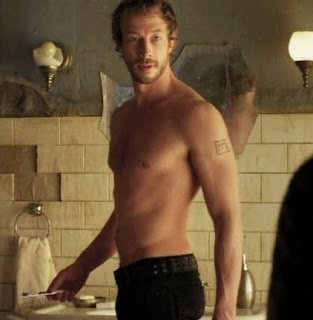 So I have mentioned my day job, which is being the Community Manager at HeroesandHeartbreakers.com. One of my primary responsibilities is to assign blog topics, and to see what’s working and what’s not, and follow up in response.

One of the things I knew prior to starting the job–duh!–is that paranormal romance is the most popular genre. Not only that, once we started gathering a relatively large community, I saw that PNR posts inspire the most passion.
So why is that? It’s not like historical fans aren’t passionate, nor that they don’t visit the site and read the posts. They just don’t get all hot under the collar (and other places…) the way PNR fans do.
One of the reasons why, I think, is that although historicals are released in series, they don’t have ongoing cliffhangers. Or if they do, it’s not the Fate of the World that is in balance, but perhaps discovering who a spy is, or who stole the jewels, or who someone’s parents are, or whatever. Not earth-shattering stuff.
I also think that historicals, once the HEA is achieved, don’t have many places to go; in PNRs, there is always a world to save, or demons to kill, or vampires to stake. A couple can BE a couple in subsequent books and still be interesting. How interesting would it be to see Lord and Lady Whomever live their lives, have great sex, and be all spoony about each other?
I have to admit, as someone who gets bored once the couple is happily together–even at the end of the book–it wouldn’t be interesting at all.
There are historical mysteries featuring ongoing couples, but their working relationship is more important than their romance, at least in the ones I’ve read. They’re not as passionate anymore because they have to concentrate on solving the mystery.
So–any thoughts about how a historical series could spur on the kind of passionate response a PNR series has?
Megan

Good question, but I have no answers. I read both types of books, but the historicals still tend to be my favorite.
I think part of the advantage the PNR’s have is they take place in a created world and the only rules that apply are the ones the author creates. There can be an HEA of sorts, but not completely, with the story and characters going in strange directions. Since I like adventure and intrigue in stories I read, this is an advantage when it comes to the PNR books. I still like books I read to be a bit more grounded in reality.

That is a tough question. I tend to agree with librarypat. Creating an entire world and inviting readers into it tends to inspire almost fanatical loyalty. Sherrilyn Kenyon’s Dark Hunter series and Kim Harrison’s The Hollows series are two that come to mind. Perhaps readers choose to read each for different needs – historical romance for the need to believe in happily ever after and the ability of love to change each of us, to make us our best selves. Paranormals for the need to believe humans (and other creatures) are more powerful than death. Each addresses a fundamental fear – fear of never finding a forever love and fear of death.

I think your points are all well-taken!!

I would love to see a historical paranormal series that has some cliffhanger type endings and has an ongoing couple …I would go for that – actually I did go for that with Kate Pearce’s Tudor Vampire series…I hope we see more in that world as it ended in a cliffhanger of sorts. I do think if a historical series had an ongoing story line – not just a theme like most do- that might also garner some additional interest.

The Outlander series has done well to create a legion of fanatical fans–but then again, it follows the path you laid out for why PNR/UF rules: same couple, high stakes, detailed world-building, and cast of excellent secondary characters (it sure helps that like in UF, Claire narrates the majority of the series in first person POV). And historical mysteries thrive on following one couple, or a will-they/won’t-they romantic relationship through multiple books. Perhaps the stakes don’t seem large enough to enable a series of books following one couple in historical romance, but I think it can be done!