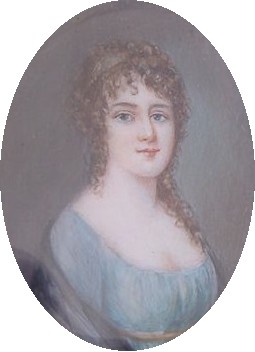 I am finishing up my revisions for my Governess and Marquess story, now titled Born To Scandal, due today, so I’m recycling an early blog of mine. It first appeared in June of 2006 (Have we really been doing this blog for so long?), but my thoughts about Regency Heroines are much the same.

Several weeks ago when I had the good fortune to join Risky Regencies (this was an early blog!), I prosed on forever about Regency heroes, fictional and those appearing on cover art (not to mention GB*Gerard Butler*). It is time I spoke about Regency heroines.

When I conceive a story in my head it almost always starts with the hero. Heroes are so much easier for me. Apart from the obvious reason that I love to fantasize about dishy Regency guys, I think it is because the men in those times were able to lead such interesting lives, while the women had very few options, unless they were willing to risk social ostracism or give up on respectability altogether and live in the demimonde.

In some ways I love to explore women who were willing to risk being shamed (Morgana running a courtesan school in A Reputable Rake, for example; Emily gambling in The Wagering Widow. I like even more to imagine what life would be like for those women outside of respectable society (Maddie, the ruined girl, in The Mysterious Miss M). My next Mills & Boon features a singer as the heroine (that would be Innocence and Impropriety). 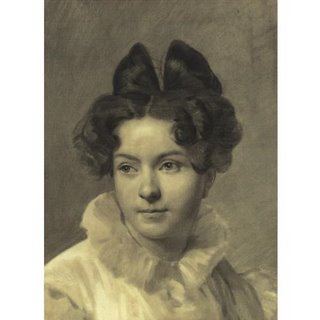 All of these heroines require a mindset quite different from today’s woman, and it is sometimes hard to find that point where the modern reader can identify with the Regency woman’s predicament. Why be afraid you are going to wind up a prostitute? the modern woman might say. Why not just get a job?

The reality was, the Regency woman could not just get a job. She had to have references, even for such lowly positions as house maid or shop girl. And once ruined, any respectable employment was denied her.

There are plenty of weak, victim-like Regency heroine stereotypes – governesses (writing one of those now–but not stereotypical!!), servants of any sort, impoverished vicar’s daughters, ladies companions, abused wives – but I think today’s reader wants the heroine to be strong, not a victim. I truly believe there have been strong women in every era of history, certainly in the Regency as well. I like to explore how women of the time period rose above their constraints and refused to be victims.

You know what else? It is hard finding reasons for Regency heroines to engage in “intimacies” with those hunky Regency men. I think the Regency woman’s mindset about sex had to be quite different from our own. She’d worry about pregnancy each and every time, no doubt. No respectable man would want a society girl if she went and had sex with another guy first.

I’m rambling because I need to write proposals for my next two books and I don’t know who the heroines will be! My next Mills & Boon has a marquess for the hero (that would be The Vanishing Viscountess). I want to devise a strong heroine for this hero, whom I know down to the birthmarks on his—
(nevermind)

So! What kind of Regency heroines do you all like the best? Which ones are you tired of? Do you want that sexy read or doesn’t it matter?

I’ll be broken record and say what I always say: I want to read about heroines who have real problems – poverty, loneliness, family, oppression, whatever – who solve their problems mostly by using their own powers in a way that is within the limitations of the era, and (if possible) wind up in a satisfying relationship with men who truly care for them. Preferably with no more ginned-up spies, murderers, masquerading secret agents or lost heirs. I’m so tired of regencies with heroines who turn out to be 21st century people swanning about in regency clothes!

Like Janice, I hate the 21st century heroine dropped into a different time period, unless it’s an actual time-travel story. I want a good story.

I think Georgette Heyer’s Venetia does a good job of sorting out her problems within the framework of regency society. There may be no sex on the page but the story has a high smoulder factor.

Friends, I did finish the revisions! Only an hour and a half late. Gosh I hope they will be good enough.

Janice and Judy, I absolutely agree. I, too, am not fond of Regency heroines who are 21st century girls in costume.

Beth, I love Venetia!!! She totally embodies a very bold Regency woman. So clever how she brings the hero around to her way of thinking!

Have to agree with Janice and Judy. We may like or want the heroine to assert herself and fight for what she wants, but again, keep it real to the time. When you think of it, if she can overcome all the restrictions society put on her and help in gaining her HEA, that would be quite a feat in and of itself.