I am just starting my next book and am in that situation where the plot is rudimentary and still fluid. I can keep or change any of my plot elements or my characters.

This is a gaming hell story, a gaming hell being a private and illegal establishment for the purpose of card-playing and other games of chance such as Hazard, a dice game, and Faro, a game of chance which does use cards. You can read more about gambling in Regency England here. 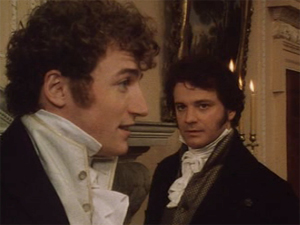 In writing the first chapter, I realized (through the suggestion of my brilliant writing friends, Darlene Gardner and Lisa Dyson) that I needed more….I needed to give my hero a buddy.

How did we realize this? In my first draft of my first chapter, my hero thought back to an incident in his past, but that passage put the reader in his thoughts for too long and it slowed down the pace. We realized it would be better if he could tell someone about this incident and that’s how the idea of giving him a friend came about.

The friend character serves a useful purpose in Romance for this very reason. The friend gives the hero or heroine someone to talk to, so that information can be given to the reader in an interesting, natural way.

Michael Hauge (Story Mastery) calls the friend a reflection character who is commonly used to support the hero in the achievement of his goal. Hauge would say that the reflection character sees the hero’s “essence,” his true-self, which we want him to achieve by the end of the book, and by so doing, shows the reader the hero’s essence as well.

I also think that the friend character can illuminate the hero’s character by being the total opposite. Think of Bingley in Pride and Prejudice. Darcy is uncomfortable among the people at the Assembly, but Bingley is friendly and eager to enjoy himself. Bingley believes only the good in people and Darcy is wary of others, more certain that their motives are not good ones. Bingley is also easily led, but Darcy is firm in his opinions and decisive in his actions. 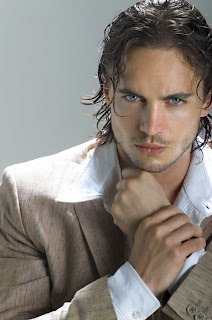 For readers, the glimpse of a buddy can be very intriguing. How many of us have emailed authors to ask when the hero’s friend will have his own book? I still get emails asking about the hero’s friends in The Marriage Bargain, my 2005 Diane Perkins book. (You’ll see them someday!!!! I don’t know when…)

Almost all my heroes have had buddies, and most of the buddies went on to have romances of their own, so it will be fun to create this new friend for my new hero. I already have an image of him….actor/model  Raphaello Balzo.

Do you like your Regency heroes to have buddies? Is there anything that annoys you about the “buddy” character?

I’m discovering like my heroes and heroines to have friends, and at least one confidante. Having friends and not having friends says a lot about a character all by itself. (Good thing you mentioned The Marriage Bargain, because I was going to ask.) 🙂

If that’s what the buddy looks like, I think I’d rather spend time with him than the hero :))

Amanda stole my comment, but I’m eager to meet your hero, who is obviously self-confident enough to have a friend who looks like that.

I generally like friendships and family relationships in books because it gives the author a chance to show other sides of the hero/heroine’s character. The focus should be on the romance, but it’s often more interesting if we get a sense of a 3-dimensional character through both the love story and these other interactions.

Amanda, as Susan/DC hoped, my hero is pretty hot, too, but isn’t this photo of Raphaello Balzo the epitome of a dark alpha hero?

Susan/DC, you make an excellent point. The buddy does let the reader see the hero as a 3 dimensional character. Judy, your point is a good one, too. I think I want my heroes to have at least one close friend.

de Cervantes Saavedra said: “Tell me what company you keep and I’ll tell you what you are.” I think a buddy can give us insight into the H/h of a story.

I agree with Amanda and Susan’s comments…. [pause to fan myself]. So glad your hero is even better than his friend – is he blond?
My heroes have a buddy and a brother as well – they just arrive and join in the story.

Buddies are great for a hero or heroine to have as they can serve so many purposes. They can keep the hero from getting too full of himself or too down on himself. They are great to show what the hero was like when he was younger.

The hero of my current WIP has a rather different buddy. The man drives him nuts with inane conversation. Everyone else thinks the buddy is an idiot and that the hero only befriends him for entertainment purposes. I am having fun showing the hero as someone far better than we are led to believe because of his relationship with his bumbling buddy.

Kat, I love your quote. How true it is!!

Beth, normally my heroes’ friends just appear, but for some reason, I didn’t think of one right away. And my hero is not blond. I’m not fond of blond-haired men, could never see the appeal of a Robert Redford or Brad Pitt. Give me a dark-haired man any day!!!

Louisa, showing the hero’s character through his treatment of the friend is a great idea, too.

Agree with everyone who says buddies can help illuminate the hero’s character and move the plot along. Sometimes buddies can also be what are called “contagonists”, characters who hinder the romance but with good intentions. Lady Russell is a contagonist to Anne Elliot in Persuasion.