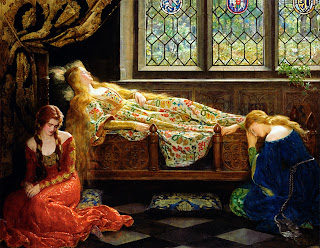 Happy Tuesday everyone!  I can’t believe May is already halfway gone.  I am buried in revisions and new projects here, but like Megan I seem to have only one major thing on my mind lately: sleep.  I can never seem to get enough of it!  So I started to wonder (as I lay awake last night thinking about all sorts of things), what would characters in historical novels take to help them sleep?

People have had trouble sleeping since time began.  I have no idea what cavemen took, but in the ancient world (Egypt, Greece, Rome) there were various herbs and things that don’t sound effective at all, such as lettuce juice, mandrake bark, something called “herbane,” and the one thing that was very effective indeed, opium derived from poppies.  (Hypnos, god of sleep, was often portrayed holding a poppy).

Nothing any better came along for a long time.  In 1805 a chemist named Frederick Setumer synthesized opium, which didn’t really change the effectiveness of the drug but led to the synthesis of various other sedatives.  By the 1850s chloryl hydrate was developed in Germany and became popular, but like opium it had a myriad of side effects and it was easy to overdose (especially when mixed with alcohol).  There also came about a variety of bromides (originally meant to cure epilepsy, but they didn’t really work for that).

By the beginning of the 20th century barbiturates such as Veronal became available, but they also had myriad unpleasant side effects.  It wasn’t really until the ’70s that benzodiazepines like Xanax and Valium were in widespread use.  Now the trend has swung back around to herbal solutions such as St. John’s Wort (which my liver doctor warns me not to try…)

What historical sleep solution sounds wackiest?  Lettuce juice?  What do you use to help you sleep?  Now I feel in need of a nap…

And now something that has absolutely nothing to do with this post but which i feel I must share:  I love this dress the Duchess of Cambridge wore last week!  I want to knock her down and steal it, if I didn’t know how ridiculous it would look on me since I am at least 2 feet shorter than her: 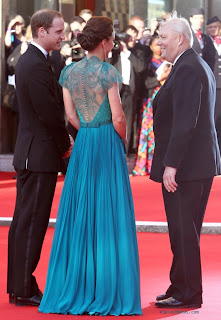 Wow, that is a gorgeous dress!

Chamomile tea is always good. Or the movie, Moulin Rouge, which I love, but which is too much stimulation for my brain at night. I shut downz zzz.

Isn’t there only ONE thing to take to help us sleep?
WARM MILK!!!

I love the dress, too. What a lovely color.

The dress is lovely. She is such a poised and elegant young woman. They seem to be a genuinely nice couple.

I am usually so tired when I get to bed, that I crash. Lately I have been having trouble getting to sleep and have no solution. I am on the computer much too late, like now, and they say looking at the screen overstimulates the brain and makes it take longer to settle down. Usually reading will relax me and help me sleep.

My days are so busy I usually crash by the end. If I do have trouble sleeping, meditation helps.

My doctor has me take trazodone, an “old skool” antidepressant (dirt cheap) that has the side effect of making you drowsy. It’s especially good if you tend to wake up at 2 or 3 a.m. and your mind starts running on its hamster wheel. With trazodone you roll over and go back to sleep. It’s not an every nighter, though. I use it when I’ve had a night or two with perimenopausal symptoms and am feeling haggish, strung-out and grumpy. it works a treat!