Nice Work and a Rant

Since this is my writing day I’m sitting around in my nightie, listening to a CD of music by (mostly) Bach that I bought almost three weeks ago, and seeking inspiration of many kinds. And in case you’re wondering about the rest of my writing day it will consist of taking old paint cans to a recycling depot, getting a pedicure (it’s about time, they’re disgusting) and going to my local romance writers’ chapter meeting, where the lovely and smart Stephanie Dray aka Draven will be speaking. Well, it almost counts as writing, doesn’t it?

Today’s birthdays include those of William Jenner, who developed the polio vaccine, and you can see my earlier post about him here (the contest is long since closed, sorry). Also it’s the birthday of the unhappy wife of Prinny, Queen Caroline, and I thought about bloggin about her, but lord, it’s a depressing and sordid story where no one behaves well and stars two of the most unlikable protagonists ever. I know there’s been some talk about celebrating the “real” start of the Regency–2012 is the 200th anniversary of when Prinny officially took over–but I don’t know that it’s much to celebrate.

So I guess it’s time for a rant.

We’re still in the era of mantitty. Several decades ago when I came of age, many of us were adamant about the gratuitous use of images of women’s bodies to sell … just about anything. We thought it showed disrespect, it categorized women as bimbos, it meant we were marginalized. And now god help us all over the web our eyes are assaulted daily by those waxed, buffed, hairless, overmuscled images that represent romance. Most of them don’t even look like human beings. 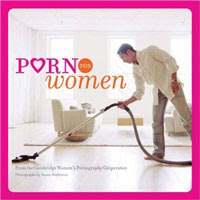 Here’s an excerpt from one of my favorite novels, Nice Work by David Lodge. The main characters are Robyn Penrose, a feminist lecturer who specializes in the industrial novel (lots of North and South references) and industrialist Vic Wilcox, and it’s set in the 1980s. Here’s a discussion of the calendar Vic’s company produces:

“What about a bit of prick and bum, too?” said Robyn.
Everthorpe looked satisfyingly taken aback. “Eh?” he said.
“Well, statistically, at least ten percent of your customers must be gay. Aren’t they entitled to a little porn too?”
“Ha, ha,” Everthorpe laughed uneasily. ‘Not many queers in our line of business, are there, Vic?”
Wilcox, who was following this conversation with amused interest, said nothing.
“Or what about the women who work in the offices where these calendars are stuck up?” Robyn continued. “Why should they have to look at naked women all the time? Couldn’t you dedicate a few months of the year to naked men? Perhaps you’d like to pose yourself, along with Tracey?”
Vic Wilcox guffawed.
“I’m afraid you’ve got it wrong, darling,” said Everthorpe, struggling to retain his poise. “Women aren’t like that. They’re not interested in pictures of naked men.”
“I am,” said Robin. “I like them with hairy chests and ten-inch pricks.” Everthorpe gaped at her. “You’re shocked, aren’t you?”

Do you find mantitty covers sexy? Not sexy enough?
What do you find sexy in real life?

My Modern Languages department of 7 staff, all female, got fed up with the men in the main staffroom putting up a sexy-girl calendar each year. We plastered a whole wall in our small staffroom with pictures of males we liked. It was delicious eye candy for us but, my goodness, didn’t it provoke resentment from male staff and pupils.
I am totally in agreement with you about the current mode in pictures of plastic, oiled, over-muscled males -hairless, except for rats tails around their necks and thick stubble. My heroes are well groomed, their persons scented with subtle colognes or sandalwood and they all possess a comb!
Thank you for encouraging me to let off steam.

I think the sexiest scene ever on film is Richard in How to Get Ahead in Advertising. He’s completely manic, smeared in food, and wearing nothing but an apron. It’s hot, I tell you. And that may also be why I’m not qualified to weigh in on mantitty covers.

I don’t find the mantitty covers at all sexy, either. All I can think is that they work because they have become a signal to readers of the heat level inside.

I have never figured out why so many publishers feel it is necessary to have covers with models who can’t seem to keep their clothes on. I don’t like it with the women and don’t particularly care for it with the men. There are some that where “mantitty covers work, but for most covers, they should keep their clothes on and button their shirts. Are we that shallow that a half naked man on the cover means the story will be any good? Show something that indicates he is a person worth knowing.

I like my bookcovers to feature handsome men. They don’t have to be shirtless or hairless, though. Although the cover for The Vanishing Viscountess is one of my favorites. But in that case there is movement. Something is happening.

I don’t find the bare chested men (like the iconic Flowers From the Storm/Fabio cover) very appealing. Or the men with long flowing locks, as a matter of fact.

I absolutely loathe mantitty and have deliberately chosen publishers where they’ll either give me some autonomy regarding the cover, or who I know WON’T be posting mantitty on the covers. A couple of my earlier books were thusly covered, now republished with nice historical covers with clothed men.

If more authors did this, there wouldn’t be a problem but too many authors are either overawed by publishers and won’t say, or love the covers – and I see a lot of that about “oooo look at my lovely cover – when it really. isn’t.”

As you say, it’s at least 20 years out of date and went out with Fabio in a loincloth.

I love covers with handsome men on them, but they do not have to be half naked for me to find them handsome. I like covers where the hero and heroine are touching each other – something tender, but not necessarily sexy hot, if that makes any sense at all.

And I actually have a hardbound copy of that Fabio cover of Flowers from the Storm. LOL It is completely and utterly ridiculous and in no way resembles Christian to me. But I had to have it, simply because.

Nope, Fabio is not Christian. But it’s great you have that hardcover, Louisa!