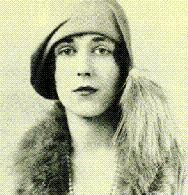 I’ve been having a rather grumpy—as in, not good for writing—week. The kids had their last week of school, with changing schedules that meant I had to do more pick-up/drop-off than usual. We’ve also had a heat wave and without central air, we’ve spent a lot of time hiding down in the basement rumpus room where at least it’s cooler and there’s a large screen TV (thanks, Kelly!)
I also had this bit of weirdness which was a tad funny, a tad embarrassing. A concerned reader from the UK informed me that on the UK Fantastic Fiction site, I was listed as Georgette Heyer’s daughter. Since Heyer must have been in her 60s when I was born and probably never visited Cleveland, Ohio, I couldn’t imagine how anyone could have gotten that idea!
I emailed the webmaster who responded and corrected it promptly but I still don’t know how it happened. The only thing I can guess is that someone misunderstood my short author bio, which starts with “Elena Greene grew up reading her mother’s Georgette Heyer novels…” but I never imagined anyone would think this meant anything other than that my mother was a Georgette Heyer fan and I picked up the bug from her. Anyone think I need to clarify? This bio is everywhere so what a pain…
Anyway, it has made me think about the debt I owe to Georgette Heyer (and mom, who let me start read those books while I was in 3rd grade). Those books were my introduction to the Regency and I still Heyer does the best job with the “comedy of manners” style Regency.
When I first started writing, I caught myself trying to write just like Georgette Heyer and failing rather miserably. I realized that I had to find my own voice, even though it would still be influenced to some degree by my favorite authors.
Meanwhile, I was reading more broadly and discovered authors like Mary Jo Putney, Jo Beverley and Mary Balogh, who moved the genre beyond the comedy of manners in exciting ways. A Regency could have angst!  It could even have sex!
Although my first published Regency was very “traditional” I started to move further away from that style with almost every book.  My current mess-in-progress definitely has angst. And sex. 🙂
Anyway, I hope this helps readers understand why I confuse them by writing such a range of books. I truly love the variety that’s possible with Regency romance. I’m grateful to Georgette Heyer for getting me into it in the first place.
What was your gateway to Regency romance (reading or writing it)?  Any weird stuff happen to you lately?
Elena
www.elenagreene.com
www.facebook.com/ElenaGreene

No clarification needed, in my opinion, Elena. Georgette Heyer’s Regency Buck and Martha Lou Thomas’s Waltz with a Stranger were my introduction to Regency romances. Fortunately, the Detroit Public Library at that time had a large collection of Walker Regencies. (Do you remember those?) Unlike you, I was 33 when I discovered Regencies and fell in love with them.

The first four Regencies I read were by Joan Smith, Marion Chesney, Elizabeth Chater, and Georgette Heyer, in some order. Then more Heyer, more Smith, lots of Veryan, and I was a goner…

Elizabeth Mansfield was my first introduction to Regency. I took a few years off reading romances. When i came back, my first Regency was Diane’s Mysterious Miss M. Hooked every since. 🙂

Awww, Judy. That makes me feel so good.

My road to Regency romance came from my friend Helen. I’d loved reading Historical Romance, but I’d never even heard of Georgette Heyer, until Helen talked about reading her and reading Regencies. I started reading Heyer and all the traditional Regencies I could get my hands on.

My love of the period came from Jane Austen. I’ve tried to read Georgette Heyer but I never really warmed to her style. What I write is somewhere in between modern regencies and the Austen style – quite “traditional”, and I’m still trying to find books to read which are similar to what I write.