“My Mother is preparing mourning for Mrs E. K. – she has picked her old silk pelisse to peices, & means to have it dyed black for a gown – a very interesting scheme.“  (Jane Austen, 1808) 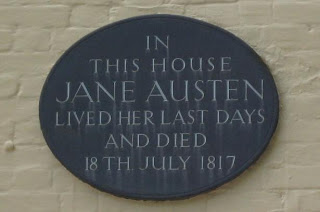 I found out that July 18 marked the 195th anniversary of Jane Austen’s death in Winchester, so i thought I’d take a look at some of the mourning rituals from the Regency period.  (It’s easy to mistake all 19th century mourning as the very elaborate fashions and rituals laid out in the later Victorian era.  The Victorians loved their rituals, and anything that involved special jewelry!!) 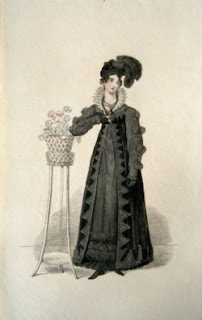 Though there are so many examples of beautiful mourning clothes in Regency fashion plates (very chic to our modern eyes!), most people of Jane Austen’s station and means couldn’t go all out like that on new mourning wardrobes.  They would make do with re-doing and black dye (as in the quote above!), cover bonnets with crape, add black ribbons and hems, buy jet or hair jewelry, things like that.  Widows would wear matte black for about a year, then transition to muted half-mourning like lilacs, purples, grays, or even white. (White was a predominant mourning color in the medieval and Renaissance period, like in this portrait of Mary Queen of Scots in mourning for her first husband, the King of France–La Reine Blanche). 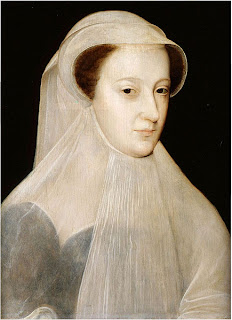 Men had it easier–their clothes were generally dark anyway, they could get away with black armbands, hatbands, etc.

I often imagine some people must have spent years of their lives in mourning clothes!   At least I like purple and black! 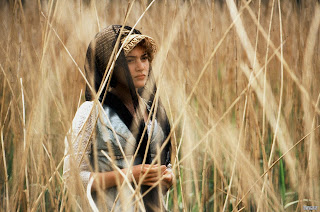 “I have lost a treasure, such a Sister, such a friend as never can have been surpassed, – She was the sun of my life, the gilder of every pleasure, the soother of every sorrow, I had not a thought concealed from her, & it is as if I had lost a part of myself…” Letter from Jane Austen’s sister Cassandra to her niece Fanny Knight, 1817

“This morning, a little before one o’clock, the funeral procession with the remains of the late universally-regretted Princess Charlotte, arrived here from Claremont. They were received at the lower Lodge, where she is to lie in state this day, previously to the interment at night. The mourning coach, in which were the infant and urn, proceeded to the chapel, where eight yeomen of the guard, in attendance, carried and deposited them in the vault. The procession of the hearse and five mourning coaches, preceded by a number of men on horseback, was escorted into the town from Egham by a party of the Royal Horse Guards. Although the hour at which it arrived was so very late, the road and streets through which it passed were lined with spectators.”  “Blackwood’s Magazine” on the funeral of Princess Charlotte 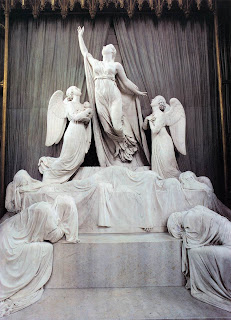 The grave has closed over the mortal remains of the greatest hero of our age, and one of the purest-minded men recorded in history. Wellington and Nelson sleep side by side under the dome of St. Paul’s, and the national mausoleum our of isles has received the most illustrious of its dead. With pomp and circumstances, a fervour of popular respect, a solemnity and a grandeur never before seen in our time, and in all probability, not to be surpassed in the obsequies of any other hero heretofore to be born, to become the benefactor of this country, the sacred relics of Arthur Duke of Wellington have been deposited in the place long since set apart by the unanimous design of his countrymen. . . . all the sanctity and awe inspired by the grandest of religious services performed in the grandest Protestant temple in the world, were combined to render the scene, inside and outside of St. Paul’s Cathedral on Thursday last, the most memorable in our annals. . . . .Illustrated London News on the funeral of the Duke of Wellington (1852) 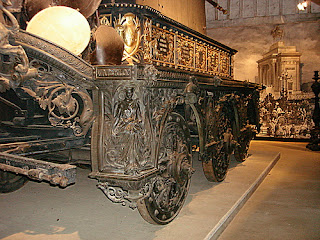 Whose funeral from history would you like to attend???  And isn’t that mourning gown from La Belle Assemblee not the most gorgeous?

I would like to have been able to view the funeral and month long procession for Alexander The Great. It must have been a spectacular sight
.
“Alexander’s body was placed in a gold anthropid sarcophagus, which was in turn placed in a second gold casket and covered with a purple robe. Alexander’s coffin was placed, together with his armor, in a gold carriage which had a vaulted roof supported by an Ionic peristyle. The decoration of the carriage was very rich and is described in great detail by Diodoros.According to legend, Alexander was preserved in a clay vessel full of honey (which acts as a preservative) and interred in a glass coffin.”

I remember seeing the funeral car of the Duke of Wellington on display in his carriage house. There was a recording of all his accolades playing, a reenactment of the recitation that took place during his funeral procession through the city. It made me start to cry. I felt the mourning for a truly great man.