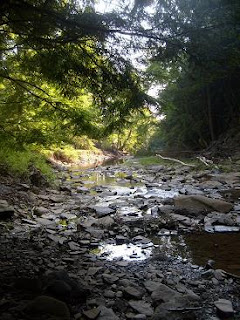 Last weekend, I took my girls camping at Salt Springs State Park in Pennsylvania, one of our favorite nature spots. On a 90 degree day, the swimming hole in the creek is pure heaven. I took a lot of pictures, some in an attempt to capture the beauty of the place and some to help remember how much fun we had.
During the Regency, learning to sketch was part of a typical young lady’s education and it would come in handy while traveling for pleasure, serving a similar purpose that cameras do now. Of course, if one lacked the talent or inclination to draw, prints were also often available from professional artists, just as post cards are now. 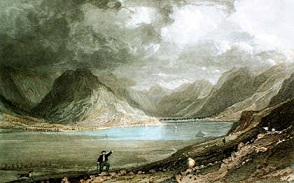 In the late 18th century Edmund Burke developed a theory of the beautiful and the sublime, the “picturesque” being a synthesis of the two, uniting conventional beauty with the “horror” of rough elements like mountain crags. William Gilpin continued along this thread, writing treatises and taking people on tours through the countryside. Those who could not take the Grand Tour, either due to limited means or current political situation, were encouraged to enjoy the more accessible pleasures of picturesque locales including the Lake District and Scotland. 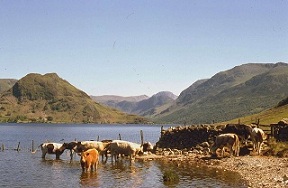 An interesting tidbit I found while researching this post was that tourists often used a “Claude Glass” (named after the artist Claude Lorraine), a darkened and slightly convex pocket mirror that created a more “picturesque” version of whatever was viewed in it.  Sometimes they even used this mirror when sketching. I’m not surprised, because I already knew that period sketches of places often took some romantic license.  Just compare the above image of Crummock Water in the Lake District by T. Allom with a modern photo of a similar view. I enjoy this sort of romanticized landscape and collected a number of prints like this while I was in England. On the other hand, the Lake District is lovely enough without trying to make it look like the Alps! 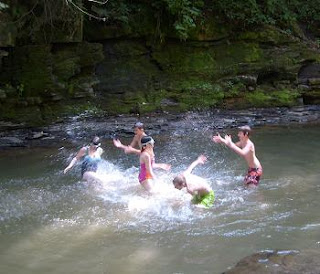 A different reason for trying to capture images is to preserve memories of events involving family and friends.
The closest Regency equivalent to family snapshots that I’ve found is Mrs Hurst Dancing and Other Scenes from Regency Life 1812-1823. It’s a collection of watercolor sketches by Diana Sperling, annotated by Gordon Mingay. It’s a wonderful record of everyday life of the rural gentry, their labors and their pleasures. Pictures have captions like “Papering the saloon at Tickford Park”, “The finding of the lost sheep!” and “Charles Sperling picking up his sister Isabella who had rolled off her donkey.” I can imagine the Sperlings and their friends looking through these sketches the same way we sometimes look at and laugh over old photo albums. 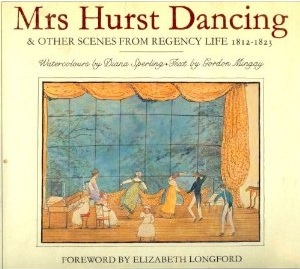 Do you enjoy photography or sketching? What are your favorite subjects? Do you have a preference for romanticized images or realistic?

Love the “romanticization” of the landscapes!

“Mrs. Hurst Dancing” is wonderful. I think it’s extraordinary and sad that after her marriage she apparently only drew very correct pictures of cottages. I wonder if her husband laughed at her cartoon-like style? Or she thought that being gently satirical was inappropriate in some way? I think my favorite pic is of the women crossing the fields on their way to a dance, with their slippers in fabric bags. Very sweet.

I will have to look into the Mrs. Hurst book. I love insights into daily life like this.
I like pretty realistic shots. I like those that are set up well but not really in an idealized way. I must use the camera. I really wish I could sketch, but have zero talent for it. My art teacher in college said I had reached the level of a first grader and would probably get no further.

Janet, I was also sad to learn that she stopped doing those sketches. Maybe her husband was too proud to want to be in them?

Pat, I think you would really enjoy Mrs Hurst Dancing. And I think you should try drawing again if you want to, maybe starting with a satiric picture of that teacher. I’m not saying that teachers should praise indiscriminately, or encourage every student to think he/she could make it as a professional artist, but what a kill-joy!

The teacher wasn’t being mean, just realistic. I will plead guilty of stylizing a few of my works to look like a small child did them. However, the others where I tried weren’t much different. Off and on I have tried to draw/sketch. Forget it. I can’t even make stick figures look good.

Pat, if you don’t have fun with it, no need to bother. I’m just saying I don’t think we should allow criticism from stopping us from doing something we enjoy, at least as a hobby. I’d never win any prizes for dancing but I do it sometimes anyway. 🙂