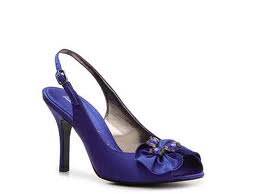 A few days ago I went into DSW to the clearance section looking to see if I could replace some everyday sandals that have gotten a bit ratty this summer. I didn’t find my sandals, but I came out with these. They begged me to take them home with me; they fit, they’re my favorite color and they’re sparkly. Just right for running around Price Chopper! 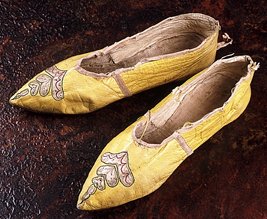 I don’t know if I would have had a shoe thing during the Regency. Ladies’ shoes tended to be simple, kind of like ballet flats we might wear now. Here is an example from the Northampton Central Museum, found on the footwear page at Jessamyn’s Regency Costume Companion (one of my favorite online resources on Regency costume). These shoes are circa 1810 and leather, so not quite as delicate as they might look. Styles became plainer (and more round-toed) as the era progressed. Although flats are cute, there is just not enough variety for me to want to collect them. 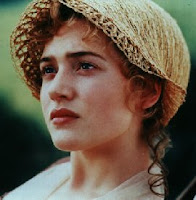 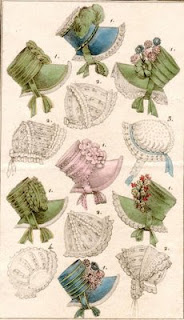 I suspect that hats were the accessory vice of choice for many Regency ladies. However, many styles of hat that I like on other people don’t look good on me. So I rarely wear hats, but when I do, I have a simple crocheted wool hat for winter and a straw cloche for summer. I wouldn’t be able to pull off any of these elaborate styles from 1811. I’d end up wearing something small and simple. Cute, but one or two would be enough.
So my vice of choice would probably be jewelry. I probably have even more pairs of earrings than shoes, though that isn’t as expensive as it  sounds. I like costume jewelry best; it’s often as pretty as the “real” stuff and I don’t have to fret about losing it. 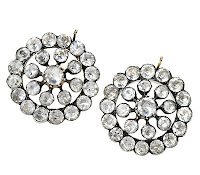 During the Regency, I think I would be happy with paste and pinchbeck. Paste was the term for a type of glass that was cut to resemble gemstones. It takes a better eye than mine to distinguish the stones in these earrings from diamonds. 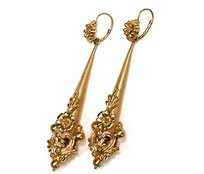 Pinchbeck was an alloy of base metals that looks enough like gold to please me. I’ve long admired this set of earrings from www.georgianjewelry.com, one of my favorite places to window shop for my heroines.
Do you have any accessory vices? If you were a Regency heroine, how would you spend your pin-money?
Elena
www.elenagreene.com
www.facebook.com/ElenaGreene

These are all totally GORGEOUS!! You should wear those blue shoes at conference 🙂

I adore those shoes! I am pea green with envy!

I am definitely a shoe person, but I also collect cameos. Perhaps that would be my vice if I were a Regency gal.

I agree. The shoes are gorgeous. I love shoes, but I tend to wear one pair all the time.

I like bracelets. I’d rather wear a bracelet than almost any other kind of jewelry.

I actually love ballet flats — gave up heels during my first pregnancy, put on a pair on my first day back at work after my maternity leave, took them off and never looked back.

Thank you for providing the link to the jewelry website. As I get older I wear less and less jewelry but always wear earrings. Can’t afford the ones here, but they are so pretty to look at and dream about. I love the chandelier ones because they feel so feminine as they sway gently as one moves.

Amanda, that’s a great idea! I can’t remember if NJRW has a fancy event but I hope to get to RWA in the next few years if family things work out.

Louisa, cameos are a great vice. My husband got me a lovely contemporary one from Wedgewood. Love it!

Diane, I tend to wear the same comfortable ones most of the time. But we have tickets to the local symphony and plays, because that gives me a chance to wear something more fun.

Susan, I think ballet flats are cute but most that I try on are too flat for my arch and/or dig into the back of my heel. I do have one pair, though. Totally agree on the chandelier earrings too!

I would like to think I’d be in a position to collect horses in the Regency, carriage horses, draft horses, saddle horses, hunting horses, ponies, cobs…

Oh, Jane, I like that accessory too! Have not had the chance to indulge in far too long.

I am not one for shoes and bonnets,although do like jewelry. I would probably spend my pin money on books while saving for a nice necklace, earrings or ring.