OK, I’m cheating a bit because despite having power all through the storm I spent it lounging around blissfully reading and baking and eating the products of the baking. Now everything has caught up with me, so I’m recycling a post in which I talk about the city of Bath and my late aunts Phyl and Nell who introduced me to Heyer and who shared my love of reading and Austen. 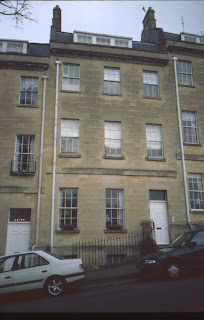 They were born about a century ago in London, the older sisters of my father. Their parents were of Irish descent, their mother (my g-grandmother) was in service according to the 1901, census and their father a maker of brass musical instruments. Neither of my aunts married. They shared houses and when I was a child we visited them in their wonderful house in Bath, on Lansdown Place West. This may be their house, I can’t read the house number. 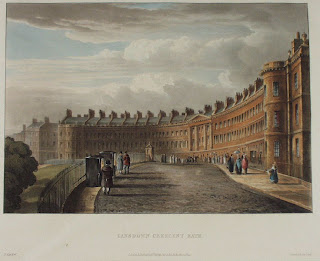 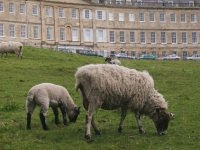 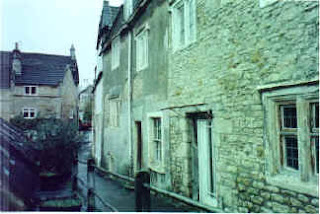 My aunts loved Heyer, Austen and Georgian/Regency architecture, fashions, and furniture long before they became popular, and picked up antiques for a song at jumble sales. They taught me it’s possible to fall in love with a place and I certainly fell in love with Bath, thanks to them. They even suggested I write, although at the time I thought it was a weird idea. A few years ago I met with a psychic who told me she saw them behind my shoulder and they were both very proud of my writing, although Nell (it must have been Nell!) was quite upset at what I’d done to Jane Austen (not to mention the sex!)

Who were your mentors for writing or any other passion? And have you ever had a session with a psychic that unearthed something interesting?

Oh, thanks for this post, Janet. It brings back memories of my two visits to Bath. I want to go back!

I can’t actually recall anyone encouraging me to write. If I’d call anyone a mentor, it might be my favorite authors growing up: C.S. Lewis, Tolkien, and Georgette Heyer. I read my mother’s Regency romances and got in trouble with the nuns at school for having one in my bookbag.

I made up stories in my head a lot but didn’t actually start writing until I was in my 30s. Maybe with a mentor I might have started sooner. But it’s all good. Now my daughters are all over writing fan fiction. I think that’s not a bad way to get started.

I love the story about the psychic!! Now how could a person invent your aunts without “seeing” them?

No one ever encouraged me to write, but I had a friend who went back to college and studied creative writing. I think that ultimately led me to think I could write, too.