I recently got back from traveling to see family, just barely outrunning winter storm Euclid. I’m still catching up on laundry and still fighting the sinus thing I caught before the holidays began. My head is so stuffy I am uninspired by everything but my favorite remedy–soup! So I will share a post from several years ago. I hope all are well and enjoying the holidays, and I hope to be back with a fresh post next week. 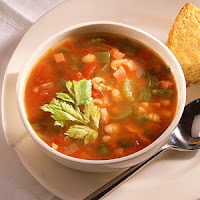 It’s been a long winter, even for people like me who like to frolic on the slopes. Yesterday felt spring-like but based on the forecast, winter still hasn’t quite lost its grip on upstate New York.

One thing that makes it easier to deal with the cold and damp is soup. Although I’ve always liked soup in restaurants, I didn’t get serious about making it myself until last year, when I bought a French Market bean soup mix at a fundraising event. The first time I made it, I used the entire container of beans rather than two cups as stated in the recipe, and produced a rather ugly sludge. But it was delicious sludge and the next time I tried, it looked better and was still tasty and comforting, as soup should be. 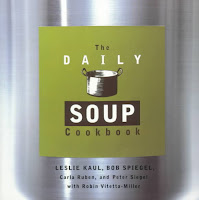 Another recent (and successful) experiment was Butternut Squash and Pear Soup from The Gracious Bowl, which I served to my local writing buddies at a retreat. It has ginger and curry in it—yum! Then after enjoying soup at another writer buddy gathering, I decided to get The Daily Soup Cookbook, by Leslie Kaul and others. I’m looking forward to trying their Wild Mushroom Barley with Chicken, Moroccon Chicken Curry with Couscous and Tuscan Shrimp and White Bean and many others.

I haven’t tried any Regency era recipes yet. The Jane Austen Cookbook, by Maggie Black and Deirdre Le Faye, lists several: a Curry Soup which sounds yummy, a Summer Pease Soup (with cucumbers and mint, which sounds nice but I know my husband will not eat) and White Soup, in the section on “Assemblies and Suppers”. I’ve seen white soup mentioned in novels before, but did not know what it was. First one makes a chicken stock using chicken, bacon, rice, peppercorns, onions, anchovies, herbs and celery. The next day, ground almonds and egg yolk are added to the stock. This doesn’t sound like a very substantial soup, but that makes sense if it’s just a part of a supper.

I suspect many of the soups served at the tables of the wealthy were not the full meal soups I like to make at home. But there were definitely some more hearty soups, like oxtail soup. 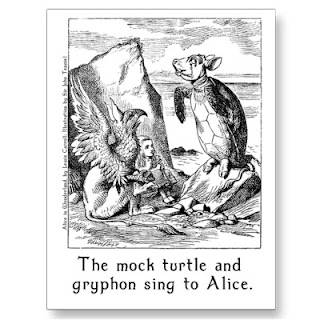 One soup that was the height of fashion during the Regency which I will definitely never attempt is Turtle Soup. I doubt I’d try Mock Turtle Soup either, even the versions not involving a calf’s head!

You can find more historical information at “An Appreciation of British Soups” at British Food in America.

The Daily Soup says “You rarely hear anyone emphatically say, ‘I don’t like soup’, and the person who does cannot be trusted”. So I won’t ask if you like soup! I’ll only ask what are your favorites? Have you ever tried any historical recipes? How did they turn out?