Hi, all! Susanna here, filling in for Elena who’s recuperating from the flu.

When Elena asked if I could post today, my first thought was to talk about my New Year’s resolutions. But when I checked out the blog and saw that would make three resolutions posts in a row, I decided to instead talk about my favorite reads from the past year. Granted, there have been several such posts recently, but I don’t think there’s much overlap in our lists, so here goes.

Note that few of them are 2012 releases. Except in a few cases, e.g. a new book by a favorite author in a series I love, I don’t always make it a priority to read books immediately after release.

My Fair Concubine, by Jeannie Lin (2012). My Fair Lady in Tang Dynasty China, and my favorite of Lin’s books to date.

Favorite Historical Romance (Old But Now Available as an Ebook)

The Wives of Bowie Stone, by Maggie Osborne (1994). The hero is the most heroic and admirable bigamist you’ll ever meet.

Doukakis’s Apprentice, by Sarah Morgan (2011). I’m not usually a Harlequin Presents reader–I’m just not into wildly rich, wildly alpha heroes outside of SF or history, and even then I want them to be extra-awesome, brave, honorable, and brainy–we’re talking Aral Vorkosigan or the Duke of Wellington here. But I’ve enjoyed Morgan’s medical romances, and this book came so highly recommended that I tried it anyway. And I’m glad I did, hence its placement on this list. 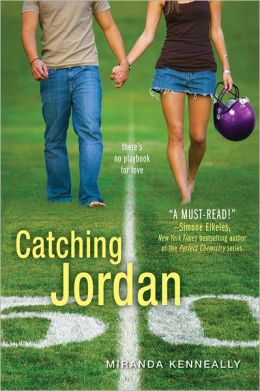 Catching Jordan, by Miranda Kenneally (2011). Just a well-written book all around, and I could tell Kenneally thoroughly knows and loves her some football.

The Hunger Games, by Suzanne Collins (2008). No need to say more, since I figure y’all have already heard of this one…

Bruno, Chief of Police, by Martin Walker (2009). Lovely, leisurely-paced mystery that will make you wish yourself in France.

Captain Vorpatril’s Alliance, by Lois McMaster Bujold (2012). A lovely science fiction romance, albeit one that I doubt would have the same impact for readers lacking a long history with the characters and their world. Those readers should go grab Shards of Honor or The Warrior’s Apprentice and start building that history!

The Scottish Prisoner, by Diana Gabaldon (2012). I really appreciate how Gabaldon writes soldiers. Jamie Fraser and John Grey remind me of the officers in my family and the ones I meet in my historical research, which unfortunately isn’t always the case in my reading, whether in romance or other genres.

The Willpower Instinct, by Kelly McGonigal (2011). Explains why it’s so hard to change and ways you can make it easier. 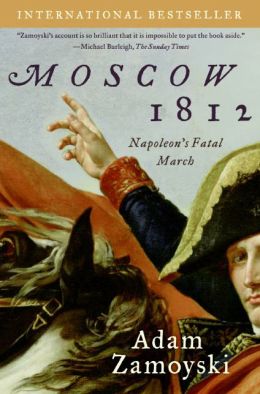 Guest of Honor, by Deborah Davis (2012). Race relations 100 years ago viewed through the lens of Teddy Roosevelt and Booker T Washington.

The Worst Hard Time, by Timothy Egan (2006). If you watched Ken Burns’ The Dust Bowl and want to learn more, go here.

Have you read any of my favorites? What books are you looking forward to for 2013?

Lord John has become my favorite character in the whole series.

Thanks for covering, Susanna. Now I want to read that Jeannie Lin book.

Maggie Osborne writes some wonderful, unexpected books. I like her style. Have not read this one yet though.
Moscow 1812 sounds good as do the other non-fiction offerings.
Don’t know where I have been, but I missed the fact that Diana Gabaldon had a new one out.
I have been reading anthologies and category romances. Not enough time to devote to anything much longer. I for the most part avoid the Harlequin Presents for the reasons you do. I prefer the Historicals and Intrigues. However, this year I discovered Donna Alward who writes in the Harlequin Romance line and really liked her. Her characters and their situations are very real.

Thanks for your list. Gave me some good ones to look for.