For the very last leg of our big European trip this summer, we went to Spain. When I’d originally envisioned this trip, many years ago, I’d thought of myself starting in Portugal and Spain and carefully tracing the Peninsular War path of Wellington’s army before finally ending up at Waterloo just in time for the bicentennial. But this trip couldn’t be ALL about me, and saving Waterloo for last wasn’t an option given my daughter’s school schedule–Seattle Public Schools don’t start till after Labor Day and run fairly deep into June, so as-is she had to miss the last two days.

So the only other of Wellington’s battlefields we made it to was Salamanca, which we chose because we were told it was the best-preserved of the lot (and also because the city of Salamanca itself is well worth visiting). We hired a guide to give us a private tour of the battlefield, almost a necessity because “best-preserved” in this case means “still open farmland and fields.” Unlike any other battlefield I’ve visited (Waterloo, Culloden, Gettysburg), you could easily drive by it without ever knowing two armies had clashed there. Incidentally, I’m not sure the guide EVER fully adjusted to the fact that I rather than my husband was the Wellington geek and military history buff of the family–he kept turning to him to point out some feature or landmark, only to have Mr. Fraser direct him back to me.

(I apologize in advance for the somewhat blurry quality of some of these pictures–this part of the trip was after I shattered the screen of my iPhone and was left taking pictures with my iPad, which being larger was much tougher to hold steady.) 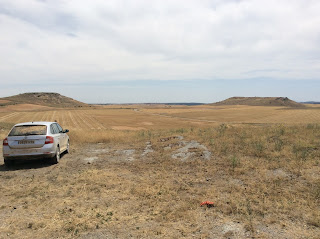 Salamanca is unusual among Wellington’s Peninsular battles in that he took the offense instead of occupying a position and defending it, as at Waterloo. This had more to do with the circumstances than his personality or abilities, IMHO–he recognized that since the French were the invaders and the British were supporting the invaded Portuguese and Spanish, his objective wasn’t so much total victory as forcing the French to keep pouring resources into the Peninsula. Also, he was leading the only army of any size Britain had available, so he was careful to avoid the risks a commander with a larger population base and the power to conscript from it (like, oh, say, Napoleon) might run.

In fact, the Battle of Salamanca began as a British retreat. The British had occupied the town, but were blocked to the north by French Marshal Marmont, who kept getting reinforcements and started to threaten Wellington’s supply lines. He decided to return to Portugal, so his army marched out, shadowed by Marmont’s men marching in parallel. But when he saw that Marmont had overextended his lines, leaving his army vulnerable, he pounced.

In the picture above, the initial British position (the Lesser Arapile) is the hill to the left, while the French occupied the Greater Arapile to the right. Cavalry played a more important role in this battle than in most Peninsular conflicts, and looking at all that wide, grassy country you can see why.

Here we’re standing atop the Greater Arapile, Marmont’s position, looking toward the Lesser Arapile where the British artillery was posted: 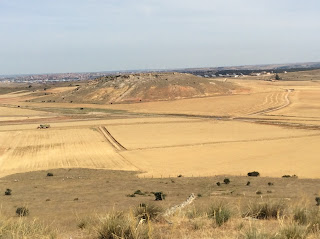 And here we’re at the base of the Lesser Arapile, looking up toward the French position: 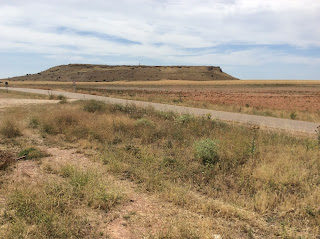 Somehow the fact that the ground is still so open and empty, not clustered with monuments and interpretive information, made it all the easier to imagine scenes like this:

Not only was our visit to Salamanca fascinating, we loved Spain. The week we spent in Madrid and Salamanca was our favorite part of the whole trip. Possibly because we were there in the heat of July, everything was less crowded than in London, Brussels, Paris, or Southwest France. We were able to walk straight into great museums like the Prado and the Reina Sofia without having to wait in line. Everyone was friendly and helpful–though I kept getting in trouble by speaking Spanish just well enough that people expected me to understand it well, too! And the food was amazing. 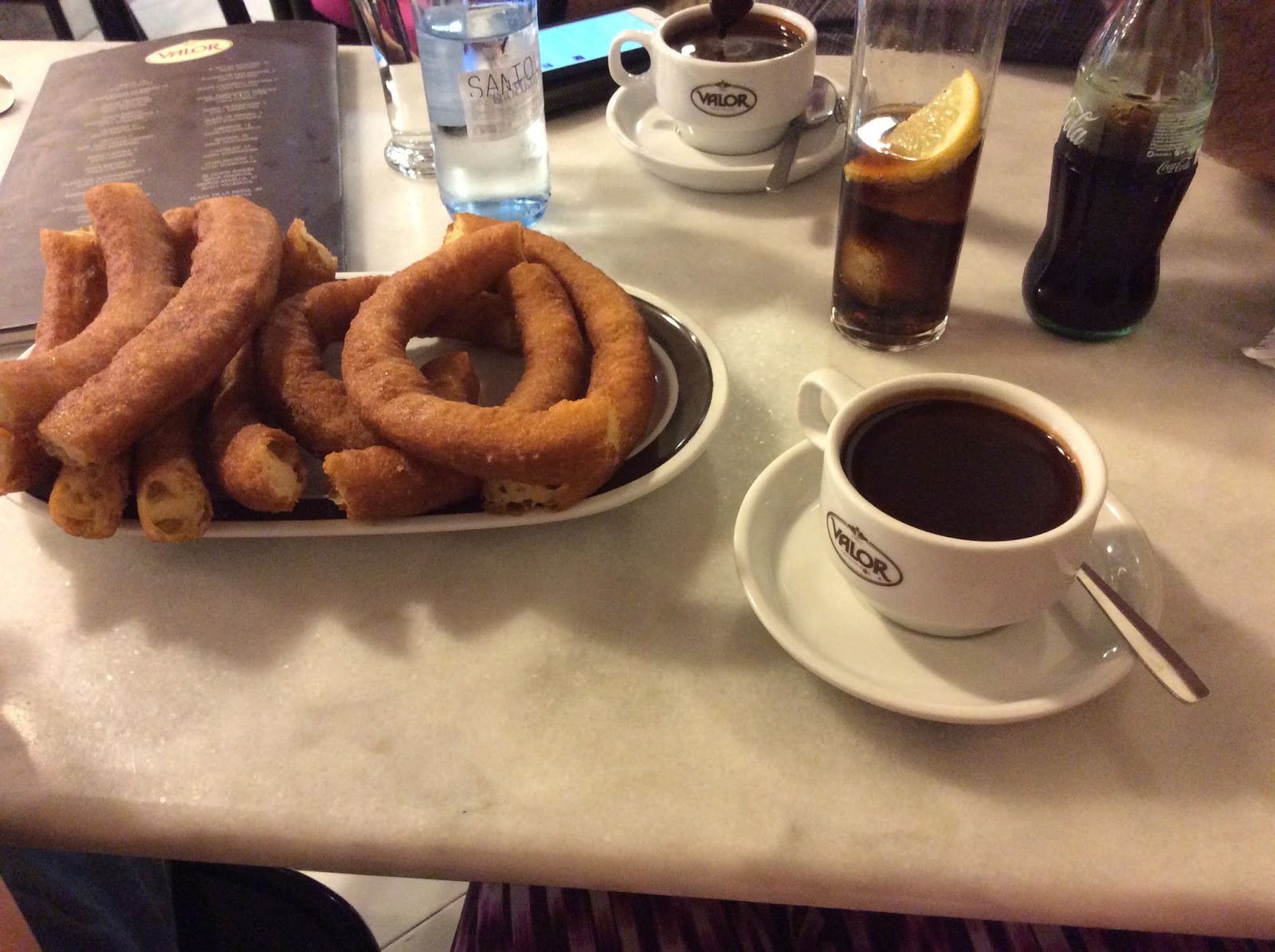 For dinner we’d go down to the Plaza Mayor, pick one of the outdoor cafes, and have a nice leisurely dinner listening to strolling musicians and watching the world go by. Around 9:30 or 10:00, it got dark enough that the lights came on to cheers from the crowd: 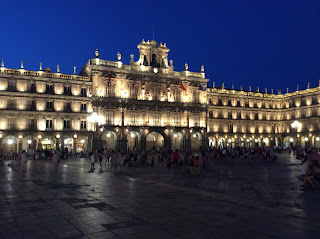 All around that plaza and Salamanca, there are reliefs of various royal and otherwise important figures from Spanish history. There’s just one Englishman–and possibly just one foreigner–Wellington. 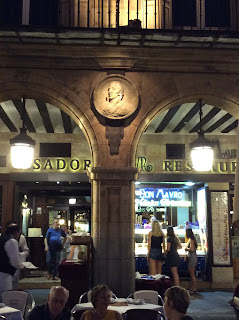 If you ever get a chance to go to Spain, jump at it, and make sure you go to Salamanca!

Thanks for sharing this, Susanna. The hero of my first Regency took part in the famous cavalry charge at Salamanca, so I found your pictures very interesting.

The chocolate with churros looks awesome, too.

OK, Salamanca goes on the To Be Visited List.

Thanks for sharing your travel adventures. You are right, sometimes the (relatively) unrecognized battlefields have a greater sense of history than the ones that are filled with markers. I’ll save that experience for my own blog post!