A Re-Look at the Bronte Sisters

I went looking through old postings of mine for a topic for today and came across this one about the Bronte sisters, first written in 2010. I thought it was worth a second look. 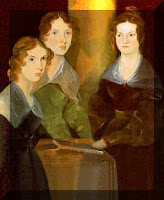 My latest Netflix find (it’s available on Amazon Prime now) is The Bronte Sisters, a documentary about Emily, Charlotte, and Ann. I knew very little of the three sisters except that they all lived at home and their father outlived them. As it turns out, the story of the Bronte sisters is a story of how difficult life could be without modern medicine and sanitation.

Howarth, The village where the sisters grew up in Yorkshire, lacked proper sewers. Its dead were buried up on a hill which contaminated the water supply. This problem was not identified until 1850 and even then was not immediately rectified. Lots of people died as a result.

Disease was a fact of life. The Brontes had six children and all of them contracted scarlet fever at an early age. Mrs. Bronte developed cancer and died a slow and painful death. Her last words were, “Oh, God, my poor children.” Ann, the youngest, was not even two years old when her mother died.

In 1824 when Charlotte was just eight years old, she, her older sisters Marie and Elizabeth and Emily, only six, were sent to the Cowan Bridge school, a cruel and harsh place immortalized by Charlotte in Jane Eyre. A year later there was a typhus epidemic and all the girls became ill. Marie, then age 11, was the first to come home, ultimately succumbing to the illness. Elizabeth soon followed her. Charlotte and Emily survived (think of what we would have missed if they had not!)

Later, when Charlotte was teaching at Mrs. Wooley’s school (a much better place than Cowan Bridge), she arranged for Emily, then age 17, to attend. Emily, a shy and complicated person, was extremely homesick for Haworth. She went into a decline that sounded a lot like clinical depression and went home after three months.

The family’s hopes for good fortune rested on the Brontes’ one brother, Branwell, considered to be the most intelligent, most artistic, most creative. He was sent to London to attend Art school, but instead squandered his tuition money and indulged in alcohol and opium. After this, his life just slid into worse and worse addiction, embarrassing his family with bouts of public drunkeness. He died of tuberculosis at age 31 after a wasted life.

Without Branwell to depend upon, it was up to the girls to make money, but they were not very successful at anything they tried. Ann was able to keep a job as a governess longer than Charlotte’s attempt at that profession, but the young man she fell in love with died of cholera.

Charlotte decided they should set up their own school, but that attempt failed. Desperate, she came upon a set of poems Emily wrote and got the idea to have them published. Each of the sisters contributed poems, but the volume only sold a few copies. After that, Charlotte, Ann, and Emily each wrote novels and sent them to publishers. They each published books in 1847. Charlotte’s Jane Eyre was the runaway success. Emily’s Wuthering Heights was considered unconventional. Ann’s Agnes Grey was based on her life as a governess. 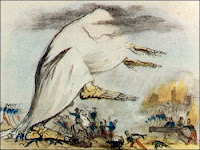 All I could think of while watching this documentary was how prevalent disease and death must have been in the early to mid-nineteenth century. Can you imagine watching your wife and children dying, one after the other? How very awful!! We don’t usually dwell on the prevalence of disease and death of the Regency in our books. For good reason. It’s depressing!

I also couldn’t help but wonder what Charlotte, Emily, and Ann might have produced if they’d lived longer.

What other diseases can you think of that so easily took lives in the 1800s and not now? Do you think Charlotte and Emily could have topped Jane Eyre and Wuthering Heights if they’d lived longer?

Here is another Risky Regency posting about the Brontes and Jane Austen.

Thanks for mentioning that documentary about the Brontes. I would like to watch it, though at a time when I can deal with the sadness of it all. I wish we could have more of their work to read!

[…] A Re-Look at the Bronte Sisters I went looking through old postings of mine for a topic for today and came across this one about the Bronte sisters, first written in 2010. I thought it was worth a second look. My latest Netflix find (it’s available … Continue reading → […]