Today is the anniversary of two military events that had nothing to do with the Regency period: In 1415, Henry V won the Battle of Agincourt, one of the attempts by England to get a foothold in France (and am I the only person who prefers the Olivier version over the Branagh film?). 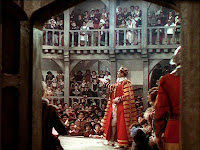 And in 1854, thanks to bungled orders, political infighting among officers, and the famed stiff upper lip, the Charge of the Light Brigade took place, when the 13th Hussars charged directly into enemy guns during the Crimean War; as a French general commented, “C’est magnifique mais ce ne pas la guerre.” (Roughly translated as: it’s magnificent, but not war. Well, it sounds better in French.) 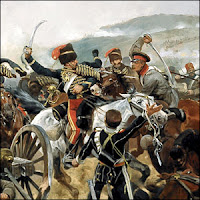 Would we remember these two events–the English tried for a couple more centuries to claim bits of France, but failed; and the famous Charge was a tactical blunder of monumental stupidity–if it weren’t for the poets?

What are your favorite quotes? Any from romance?

Jane Lockwood is blogging over at History Hoydens today and there’s a contest! Also don’t forget to sign up for the Riskies newsletter at riskies@yahoo.com.