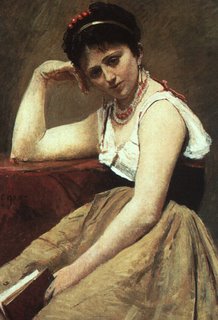 What are your favorite opening lines? What makes the opening sentence of a book compel you to read on, and do you think those all-important first words should shout or whisper? Here are some of mine:

David Copperfield by Charles Dickens
Whether I shall turn out to be the hero of my own life, or whether that station will be held by anyone else, these pages must show. To begin my life with the beginning of my life, I record that I was born (as I have been informed and believe), on a Friday at twelve o’clock at night. It was remarked that the clock began to strike, and I began to cry, simultaneously.

Jane Eyre by Charlotte Bronte (and I’ve raved before on this very blog about the wonderful stark simplicity of this sentence, but I have to throw it in again. Truly, less is more!)
There was no possibility of taking a walk that day.

Fast Women by Jennifer Crusie
The man behind the cluttered desk looked like the devil, and Nell Dysart considered that was par for her course since she’d been going to hell for a year and a half anyway.

Emma by Jane Austen–a masterly portrait of a heroine cruising for a bruising, but I can’t figure out how or why!
Emma Woodhouse, handsome, clever, and rich, with a comfortable home and happy disposition seemed to unite some of the best blessings of existence; and had lived nearly twenty-one years in the world with very little to distress or vex her.

Finally, to clear the literary palate, the opening line of Paul Clifford by Edward George Bulwer-Lytton (an example of more being less):
It was a dark and stormy night; the rain fell in torrents–except at occasional intervals, when it was checked by a violent gust of wind which swept up the streets (for it is in London that our scene lies), rattling along the housetops, and fiercely agitating the scanty flame of the lamps that struggled against the darkness.

(and a reminder, by the way that the official deadline for the Bulwer-Lytton Fiction Contest is April 15, only two days away!)