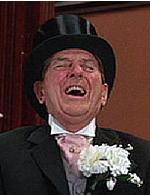 Alfie Dolittle, who sings this in MY FAIR LADY, definitely would have agreed with Cobbett’s analysis of why beer is better than tea.

Put it to the test with a lean hog: give him the fifteen bushels of malt, and he will repay you in ten score of bacon or thereabouts. But give him the 730 tea messes, or rather begin to give them to him, and give him nothing else, and he is dead with hunger, and bequeaths you his skeleton, at the end of about seven days.

Proof positive. At least, that beer can fatten you like a hog. Did we really need Mr. Cobbett to tell us that?

I used to be exclusively a wine drinker, but I fell in love with English ale during the three years my husband and I were on international assignment in England. The first time we walked across the road to the Fox and Hounds, our neighborhood pub in Funtington, West Sussex, my husband ordered a pint of Ruddles Best Bitter. Intrigued by the deep color, I took a sip. He had to order himself another. Some time after that, we joined the Campaign for Real Ale and used their Good Beer Guide and Good Pub Food Guide to help us plan our weekend excursions.

Now I no longer have any excuse for the mistake of having a Regency hero dash angrily into a pub and order lager. (I cringe a little when I read such scenes, but won’t go as far as book-flinging.) During the Regency, they would have drunk “real ale”. Here’s CAMRA’s definition:

Real ale is beer brewed from traditional ingredients, matured by secondary fermentation in the container from which it is dispensed, and served without the use of extraneous carbon dioxide. 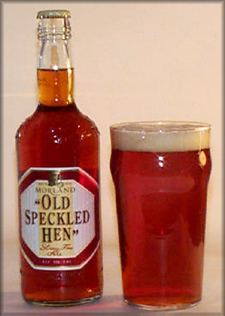 Here are a few of the terms to describe varieties and styles of real ale:

Here’s one of my favorites: Morland’s Old Speckled Hen (the website explains how this ale was named). Fortunately for me, it is not impossible to find on this side of the pond.

Have you tried real ales? If so, what are your favorites? If not, it’s worth trying if only to better one’s understanding of Regency beverages. Anything for research, I say. 🙂

Elena, beer connoisseur and tea slut, hoping Cara will not cut my acquaintance 🙂