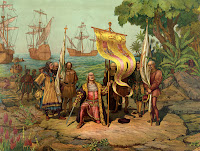 In honor of Columbus Day, I thought I’d celebrate all the Regency era explorers I could find. Problem was, I couldn’t find many!

The Nineteenth Century is touted as history’s most active period of Earth exploration. Its accomplishments are described as “amazing.” Read this quote from BookRags.com:

Never before or since has so much of Earth been discovered in such a brief period of its history. In all, man’s compulsion to discover, describe, and catalog his world—as well as conquer it—resulted in a flood of exploration in the 1800s.

Most of this remarkable exploration and discovery took place before or after the Regency (1811 −1820). The first deep sea explorations, voyages and explorations of South America (including Darwin’s), exploration of Antarctica, Siberia and Australia.

So what exploration occurred in the Regency?

1811 – Two Portuguese explorers completed the first crossing of the African continent. Of course, their venture started nine years earlier. Golovnin, a Russian naval officer, explored the Kuril Islands, but he was captured by the Japanese. 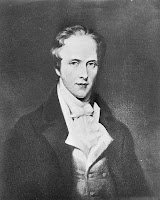 1812 – Scottish settlers establish Red River Colony in what is now Manitoba, a colony started by the Earl of Selkirk to relieve Scotland’s Highland poverty. Selkirk spent his whole fortune in his effort to help his Canadian settlement. He died in 1820.

1816 – Captain James Tuckey, Royal Navy, is sent on an expedition to discover the end point of the Niger River, but he and his party die from yellow fever.

1817 – The Russian Golovnin, now freed by the Japanese, completes his charting of the Kuril Islands.

1819 – British explorer John Franklin undertakes a new expedition to locate a Northwest Passage but is poorly prepared. His party, devoid of sufficient supplies, resort to cannibalism, and Ross becomes known as “the man who ate his boots.”

1820 – The first British settlement of South Africa is established in a place called Grahamtown. Several attempts are made to penetrate the Antarctic Circle.

1821 – A Russian explorer, von Bellingshausen, makes the first sighting of land within the Antarctic Circle.

I get cold just thinking about exploring Antactica. And I can’t imagine writing a hero who spent nine years trudging across Africa, although I’ll bet someone could make a great story about such a man.

I suppose one of the reasons there wasn’t more exploration during the years of the Regency was because lots of countries were fighting wars. The Napoleonic War, the War of 1812, even wars of Independence for Venezuela, Chile, Paraguay, and Columbia. War isn’t very conducive to exploration.

Do you have a favorite time of exploration? A favorite explorer?

Check in at Diane’s Blog for the announcement of my Sept. 30 website contest winner and last Thursday’s winner of a copy of Regency Improprieties.