Tag Archives: happily ever after 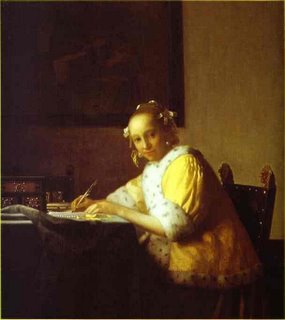 Janet’s post yesterday dovetails in nicely with what has been on my mind lately: Finishing the darn book.

I don’t mean finishing reading it, but finishing writing and editing it. See, I’ve had this Regency-set historical I’ve been editing, and last night I officially finished editing it. Until my last reader reports in with her feedback.

Like Janet, I like the quick ending. I despise epilogues, especially if there are little bundles of joy around. Not that I don’t like kids (I have one, after all), it’s that I don’t romanticize parenthood. Overweight, exhausted women who resent their husbands for sleeping through the night? Not romantic. But I digress.

I do have problems with some authors rushing too quickly to the end. Janet mentions Judith Ivory in her post, and some of Ivory’s books seem like she just wants to get out of there.

Until recently, I wondered why she just didn’t take as much careful time to craft her story at the end as she had all the way through the book.

I was so excited to get towards the end of my book that I totally rushed through the ending, wrapping up all sorts of plotlines in a few quick sentences. I know I’ll have to go back and flesh things out a bit, but right now? I’m just happy to be done. My last reader is starting to read the ms. today, will have feedback over the weekend, so it’s not like I have a whole lot of time off from it. But it’s enough.

Not all of you are writers, but all of you do things in your lives that you start and finish. Do you find yourselves rushing to get to the end? Delaying it as long as you can because there’s just another task waiting beyond this one? Or are you that pinnacle of perfection, taking as much time and energy–but not too much–with the end as you did the previous 95%?

Meanwhile, wish me luck this weekend with the editing. I thought I was done. 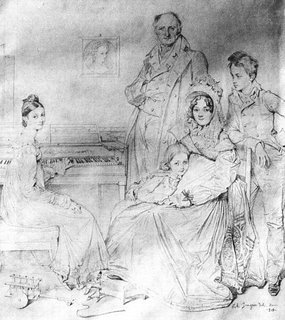 Borrowed from fairy tales, known as the HEA in romance–does it always work? Do you appreciate the book that ends like a slow fade on camera, moving away from h/h? Or do you prefer the full monty of explanations, apologies, tears, laughter, the whole package of loose ends and subplots tied up with a pretty ribbon , followed by an epilogue where h/h are surrounded by babies and all’s well with the world? I have to admit I can’t write endings worth a darn. I write and rewrite the last few lines, then shrug and type in The End, and put myself out of my misery (several nights in a row for a week or so).

Here’s a technique for The End which I’m rather fond of: Black Ice by Anne Stuart, where you realize the heroine is indeed going to take up with that thrillingly scruffy French psychopath. All in one sentence. Any/all of Judith Ivory’s thrilling throwaway one-sentence enders–yes, I rather like the sensation of leaping off a cliff, particularly if h/h have spent the entire book jumping off minor cliffs and are now going for the Big One, the Commitment–marriage, the final frontier. I don’t want cosiness and domesticity and the patter of tiny feet. Let the dysfunctionality thrive beyond the endpages!

Some readers got very upset about the end of Jennifer Crusie’s Bet Me where the h/h married but had a dog instead of children. It was seen as breaking the rules in some strange sort of way; even stranger is that Ms. Crusie claims she wrote it that way because the book is a fairy tale (lost shoes! Princesses in towers! Yes, the elements are all there). I think the only sort of dog that appears in a fairy tale would be a magic one, with eyes that roll round and round, for instance, and guards treasure. Well, maybe there was more to the dog than we knew.

Share your favorite endings–without giving away the plot, if you can.