Tag Archives: How to Dance with a Duke

Guest Author Manda Collins and How To Dance With A Duke 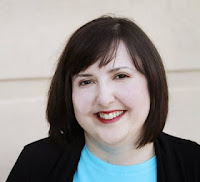 I’m delighted to introduce our guest today, debut author Manda Collins whose How To Dance With A Duke is getting some nice buzz!

When I first met Manda, she was a reader and a reviewer who was wonderful enough to say nice things about my books. Now I’m thrilled that she is here as our guest author and is receiving some of the same.

“Collins’ debut delivers a fast-paced, adventurous love story that will enthrall readers. Her dynamic characters, a murder and passion combine with the perfect amount of lively repartee.” RT Book Reviews 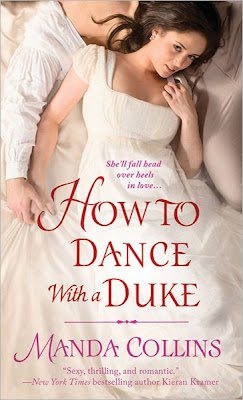 “With sparkling Regency wit, a dash of mystery, and just the right amount of steam, How to Dance with a Duke is an enchanting debut, sure to sweep readers off their feet!” —Tessa Dare

Manda is giving away a signed copy of How To Dance With A Duke to one lucky commenter chosen at random.

Welcome, Manda! Tell us about How To Dance With A Duke.

This is my debut novel, and it’s the first in a trilogy about three wallflower cousins who must do battle with a Regency mean girl, solve mysteries, and find true love–all in the space of a season. In this story, Miss Cecily Hurston, an Egyptologist, must join forces with the newly minted Duke of Winterson to find her father’s travel diaries and Winterson’s missing brother. Think Agatha Christie meets Jane Austen. Or old school Amanda Quick.

We love a debut author! Tell us a little about your journey to publication and what it was like to get “The Call.”

I’ve been writing since my teen years, but didn’t do so with a serious eye toward publication until 2007 or so. I wrote one novel, a Victorian set in country house, that landed me an agent, but alas, did not sell. So I regrouped, licked my wounds, and decided to return to my first love–Regency romance. Since I’ve been reading Regency in one form or other since I was a pre-teen, it was like going home. I wrote How to Dance with a Duke, my agent loved it, and it sold five months later.

I got the call one morning while I was brushing my teeth. But because I am suspicious and didn’t want to tempt fate, I hadn’t programmed my agent’s number into my phone, so I thought it was a wrong number and let it go to voicemail. On the way to work though something kept niggling me about that call. So as soon as I go to the office I checked my email, and sure enough there was a message from my agent, Holly Root, telling me to call her. And when I looked through the rest of my email, I saw that Holly Blanck, the editor at St. Martin’s who was reading my MS, had followed me on Twtitter. I knew then that the news was good. I called Agent Holly back, she told me that Holly Blanck had offered me a three book contract and I’ve been grinning like a crazy person ever since.

You’ve been active in the Romance Writing community for a long time. What was it like to move from reader and reviewer to author?

It’s been kind of strange at times. I have never had a shortage of opinions on various issues in the community, so there have been some moments since I made the transition from reader to author when I’ve had to forcibly remind myself to just keep quiet. It’s not that I don’t think authors should have a place at the table–I actually get twitchy when it feels like the blogosphere would rather we just shut up and write–but there are times when as an author it’s just common sense not to get involved. If someone doesn’t like my book and writes a review about it, there’s just no good way–with a few rare exceptions–for an author to join that conversation and have it end well. On the other hand, I feel like getting published has given me insider knowledge that I can use to help other writers who are just starting on the road to publication, so it’s not all a matter of biting my tongue. And I still review every now and then. I’ve always been one of those “only if I have something good to say about it” reviewers anyway so that hasn’t really changed. Though I don’t really have as much time for it as I used to.

Why did you decide to write a Regency Historical?

As I said earlier, I’ve been reading Regency, both trad and historicals, since I was in middle school, so I was Regency before it was the hottest thing going. Which I sometimes feel like I have to defend since there seems to be a backlash in some quarters against the period. But I adore it. The social customs, the witty banter, the sense that society is kicking up a dust before the coming strictures of the Victorian period. Plus, as some of you may know, I am a sucker for a dandy and sadly there were very few of them in the latter part of the century.

What is risky about the book?

Believe it or not, the mystery element. Again and again while I was on submission I got rejections from editors who loved the story but were unsure of how to sell it because it felt like neither fish nor fowl. Fortunately Editor Holly has a fondness for mystery mixed with romance so when it landed on her desk she snapped it up. Or that’s how I imagine it. She might very well have carefully lifted it.

What is next for you?

Next up is the next book in the trilogy, How to Romance a Rake, which comes out this summer in late July. And just last week I accepted another three book contract from St. Martin’s Press for a trilogy with the tagline I Know What You Did Last Season. So I have plenty to keep me occupied writing-wise for the next few years or so.

And now I have a question for you. Do you like a bit of mystery mixed with your romance? What are some of your favorite examples?

Comment for a chance to win a signed copy of How To Dance With A Duke.

Posted in Giveaways, Interviews | Tagged How to Dance with a Duke, Manda Collins | 34 Replies