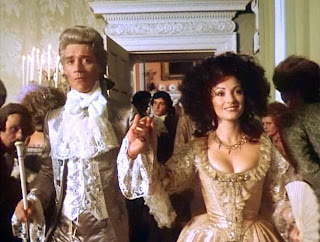 Here at Risky Regencies, we get together the first Tuesday of every month to discuss a Regency-interest movie or TV show.

SCREENPLAY: William Bast, based on the novels by Baroness Orczy 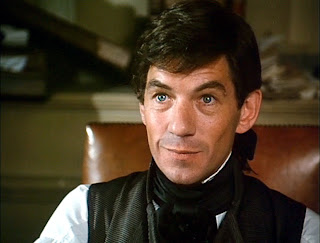 Childs played Marianne in the 1981 adaptation of SENSE AND SENSIBILITY. 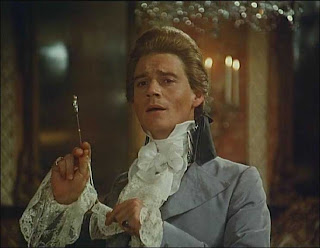 So: what did you think?

Do you love this version, hate it, admire the costumes, want to recast it? 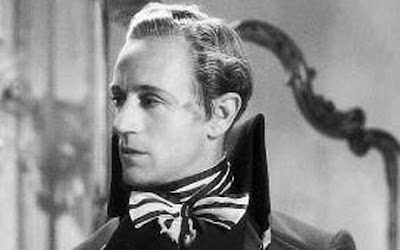 Welcome to the February meeting of the Risky Regencies JANE AUSTEN MOVIE CLUB!

Today, we’ll be discussing the 1934 version of THE SCARLET PIMPERNEL, starring Leslie Howard and Merle Oberon.

(And be sure to come back the first Tuesday of next month, when we’ll be discussing the Anthony Andrews version!)

To aid the discussion, the major credits on the film include: 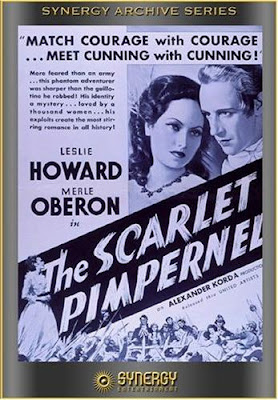 Nigel Bruce: The Prince of Wales

In particular, is Leslie Howard how you envision the Pimpernel? If not, does he work, in his own way? Or is he your favorite Pimpernel? 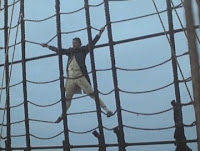 Welcome to the January 2009 meeting of the Risky Regencies JANE AUSTEN MOVIE CLUB!

This is where we meet on the first Tuesday of every month to discuss adaptations of Jane Austen’s works, and other Regency-interest film and TV productions.

(For info about what we’ll discuss next, or to participate in any of our other discussions, just see the previous post!)

Today’s discussion will be on the first installment of the ITV/A&E Horatio Hornblower series, which stars Ioan Gruffudd and Robert Lindsay.

Oh, and sorry about the awkward “#1” in the title of the post — but as the first installment is called HORATIO HORNBLOWER: THE DUEL in the US, and HORNBLOWER: THE EVEN CHANCE in the UK, I was afraid that adding even half of that to the title would lead to Blogger meltdown and imminent nuclear war. 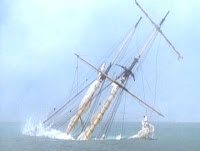 By the way, the fantastic screen captures shown here — all from this episode — are courtesy of the very neat website twoevilmonks.org. They have a useful and hilarious summary of the plot of THE DUEL/EVEN CHANCE, including these and more great pictures, which is well worth checking out.

To aid the discussion, here are some of the
major credits, with “you’ve seen him before here”
tidbits in green:

Gruffudd starred as Wilberforce in the recent film Amazing Grace.

You may recognize Byrne as Major Nairn in the Sharpe series. 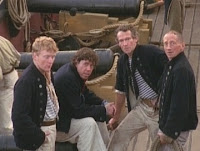 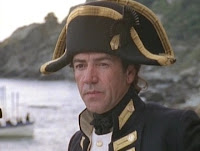 What do you think of the cast? 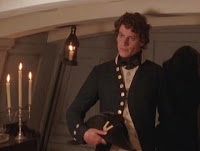 If you’ve read any of Forester, what do you think of the interpretation?

If you’ve seen the film MASTER AND COMMANDER, how do you think the two differ? 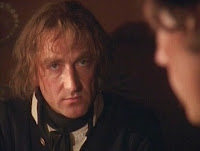 (And be sure to come back
on the first Tuesday of next month,
when we’ll be discussing
the 1934 SCARLET PIMPERNEL!)

Cara
Cara King, who prefers tea to rum, and bagels to ship’s biscuit 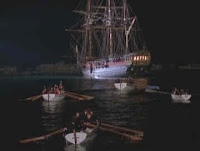 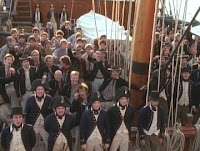 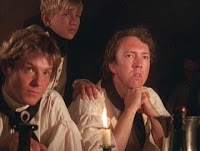 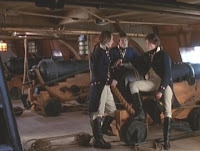