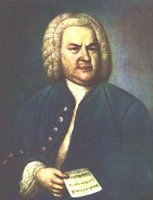 Bach’s birthday was actually on March 21, so I’m taking the liberty of celebrating a couple of days late. Also earlier this month, on March 11, we celebrated–or didn’t, unless you’re a very unusual person, the anniversary of Mendelssohn’s revival of the St. Matthew Passion in 1829.

However, the revered Johann Reichardt–funnily enough, no longer a household name, or at least not in my household–in 1782 sniffed: Had Bach possessed the high integrity and the deep expressive feeling that inspired Handel, he would have been much greater even than Handel; but as it is he was only more painstaking and technically skillful. Ouch. 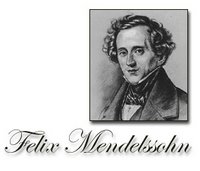 But back to Mendelssohn, boy genius. He was twenty when he rediscovered, rehearsed and conducted the St. Matthew Passion in Berlin, in collaboration with his friend the actor Eduard Devrient. The sold-out concert was attended by the King of Prussia, and such notables as Heine, Hegel and Paganini, and hundreds of people were turned away. Mendelssohn reputedly made the comment that it took and actor and a Jew to restore the greatest of Christian works to the world.

So…I guess I should have posted a picture of Jeremy Northam to spur on the conversation…any deep thoughts you’d like to share? Embarrassing public/musical experiences? I went to hear the St. Matthew Passion at the Proms once, and sat on the floor–a mistake since my leg went to sleep and at the end I stood up to applaud and fell flat on my face…