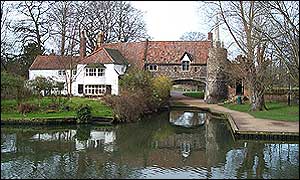 At the moment, unless something strange has happened, I am in Norwich, England. Norwich was the second-largest city in England at one point during the Middle Ages, but was subsequently passed in size and importance by many other cities. This may be one reason why Norwich is so beautiful today: the all-consuming drives of industry and modernity didn’t hit Norwich as hard as elsewhere, and so much of the city is old. 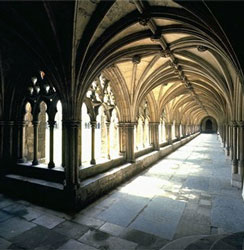 There are many medieval bits of Norwich, including its layout. I spent a year at the University of East Anglia (which is in Norwich, though off to the side a bit), where I studied creative writing (and Jane Austen and Restoration comedy and whatnot). I went into town nearly every weekend, and came to learn that even if you know the location of point A (e.g. the market), and the location of point B (e.g. the cathedral, or that neat little flea market-y shop that sold Georgette Heyer paperbacks for 20p), you can’t just head in the correct direction and actually arrive there. No, all the streets twist and curve and wind, and you’ll find yourself somewhere else entirely. Quite likely at Norwich Castle. 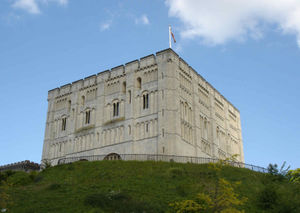 Cubical Norwich Castle (built during the time of William the Conqueror) sits atop a large hill, and all of central Norwich circles the castle. So do the buses. If you need to take a bus somewhere, chances are it will stop somewhere in the ring around the castle. (This is nothing like ring around the collar.) There are many medieval buildings in Norwich, and a lot of Georgian ones, too. Not much Victorian, though. (Which is either a good thing or a bad thing, depending on your taste in architecture.) 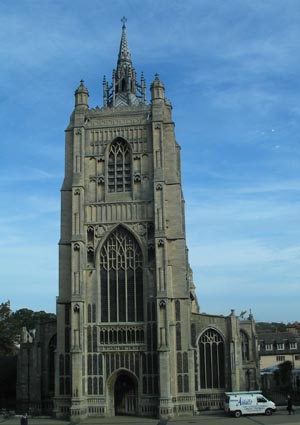 It is said that at one time, Norwich had a church for every week of the year…and a pub for every day of the year. Many of the churches are still standing, though decreased attendance has driven preservation committees to find alternate uses for some of them. Now, you can find antique fairs and museums inside old churches! Many of them are made of flint, the shiny, hard, black local stone. (Though this church isn’t flint! This is St. Peter Mancroft, built in 1455, and located right next to the market in the city centre.) 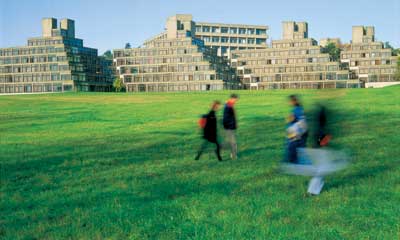 The University of East Anglia is one of Britain’s numerous newer universities. This means, unfortunately, that it is modern. I do not much like modern. As far as I can tell, modern buildings win awards from architects, and drive the people who actually have to live in them absolutely batty. (I have lived in an ugly building or two in my time. I have also lived in much nicer-looking buildings. I strongly prefer the latter.) The odd building pictured here is a dormitory at the University of East Anglia. This, believe it or not, is one of the prettier buildings on campus. (I was not lucky enough to be housed in one of these. My dorm was much worse. And much less interesting.)