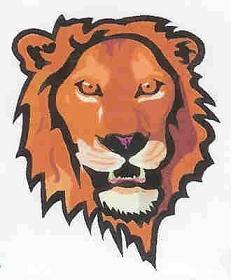 No, this isn’t about the upcoming new movie adaptation of THE LION, THE WITCH AND THE WARDROBE, even though I’m eagerly looking forward to it.

It’s about reader mail and its effect on the writer.

First I have to say I’ve enjoyed all the reader mail I’ve received so far. Most of the letters I’ve gotten were from people who enjoyed my books, along with a few from people who just wanted to share something they loved about the Regency. Even when readers don’t care for my books, it’s fascinating to find out what they are thinking. This one, from a reader I won’t name, is no exception!

My Lion roars his disgust, as to (sic) I after wading thru page after page of explicit sex in Saving Lord Verwood which I just finished. Yuk!

You are an excellent writer and the plot was good keeping one’s interest. I know explicit sex (leaving nothing to the imagination) seems to be the in thing. Surely with your writing ability you do not need to pander to or wallow in the antics that go on in the bedroom. Hopefully the trend will turn again toward decency.

With kindest thoughts I remain a Regency reader.

P.S. Would you really want your young daughters to read such trash?

Initially, I felt a bit stunned by this letter. I’d never received anything like it before, and it wasn’t as if I were the first author to put a sex scene into a traditional Regency. But mostly, I wondered whether I’d slept through writing all those pages and pages of “explicit sex”! Had the copy editor gone wild with it? I reopened the book and looked through and yes, the love scenes were there, just as I’d written them, not particularly graphic at all.

The adult part of me (that sometimes thinks it’s in charge) shook off the label of “trash”. I don’t write with the intent of offending anyone, but I know I can’t please everyone either. I am not writing children’s fiction, so the postscript didn’t shame me the way it was clearly intended to. So I exchanged some emails with my critique partners and we all laughed it off.

However, there’s another part of me–the subconscious mind, the muse, the inner artist child–call it what you want, it’s the place ideas come from. That part of me wants desperately to please everyone. Soon after receiving this letter, I reached the wedding night scene in LADY DEARING’S MASQUERADE and found myself battling a fierce writer’s block. Finally until I realized that I was trying to write a scene that would 1) show, in a tender and realistic way, how the hero/heroine had overcome the problems of their earlier unhappy marriages and 2) not offend readers like this one. Rather impossible!

So the adult side of me counseled the kid. I told myself that one person’s spice is another’s poison and I had to be true to my voice and my characters. I also reminded myself that this particular reader had forced herself to read it, “page after page”! Perhaps writing the letter was just a way of easing her conscience over enjoying it?

Anyway, so far readers and reviewers are praising LDM. If at some point there are those who disagree, I can deal with it. Sometimes feedback may lead me to change my future work, but sometimes it just clarifies who I am as a writer.

So, my fellow authors, how do you deal with less-than-positive reader mail?

And readers, do please keep those emails and letters coming!