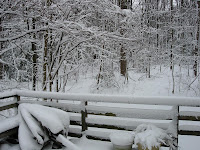 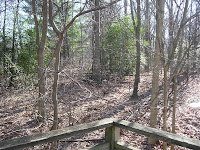 What a difference a week makes:

For want of anything else to talk about besides the beautiful weather we’re having this week, I thought I’d simply pass on something from the Annual Register for 1816. The Annual Register was sort of like an Almanac, printing all the important events from the previous year. You can view this 1816 Annual Register on Google Books.

This is from the Chronicles section of the Annual Register, which gives important or interesting news events from each month. This is dated March 30 (because most of the other March articles were about shipwrecks, murders, and fires)

The following particulars of the Woolwich smuggling have been published in a morning paper —On the voyage home, a carpenter employed in securing the packages discovered the secret. Immediately on arrival he gave information at the Customhouse, but it was ten days more before the ship was inspected ; in the mean time much of the smuggled goods for certain persons were got away, and only those were left for men of less note. There were to the value of 7,OOOl. for one man, packed up as—”Return Congreve rockets.” There were many rare things which were got out of the way. In the mortars were laces, gloves, cambrics, etc. and in the tumbrils were claret, champagne, etc. Many people have long supplied themselves and friends with wine in this way, and their wives with finery. This is the only vessel which has been detected, but the trade has long and successfully been carried on to a great extent. The man who informed got about 1,000l.

Are you familiar with the Annual Registers? I have copies from 1810 to 1820 but if you can find them online you can search them so easily.

Be sure to visit my website for sneak peeks of my Undone, The Unlacing of Miss Leigh, and my novella, Justine and the Noble Viscount in The Diamonds of Welbourne Manor. There’s a new contest, too!

Highwaymen of the High Seas: The Romance of the Smuggler by Julia Justiss 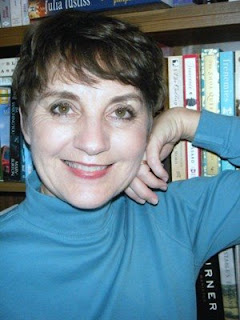 Many thanks to the Riskies, hostesses of one of my favorite destinations in the blogosphere, for inviting me as a guest during Elena’s leave of absence. And my best wishes to Elena and her family for her husband’s speedy recovery!

From the time I began reading Georgette Heyer, who made frequent reference to the serving of brandy on which no duty had been paid, I’ve had an interest in smugglers. Even more so than the highwayman, the free trader was a romantic figure who received a great deal of popular support from coastal residents, both the customers who bought at a cheaper price the goods they wanted and the workers who augmented their meager incomes as farmers, fishermen and laborers by assisting the smugglers in transporting their cargo.

Though Samuel Johnson described a smuggler as “A wretch who, in defiance of the law, imports or exports goods either contraband or without payment of the customs,” many would prefer the definition of Adam Smith—himself a Customs commissioner: “A person who, though no doubt highly blamable for violating the laws of his country, is frequently incapable of violating these of natural justice and who would have been in every respect an excellent citizen had not the laws of his country made that a crime which nature never meant to be so.” 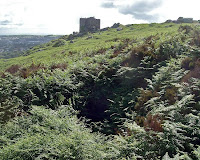 Since the reign of Edward I in the mid-1200’s, when English wool was bought by French weavers who then made cloth that sold for lower prices than the English goods, the English government has tried to restrict trade. From the “owlers” of Kent and Sussex who smuggled English wool out of the country by “owl light,” to the “gentlemen” of the Regency, who dealt in tea, tobacco, spirits and luxury goods, traders sought to buy goods at origin and resell for a fair price, eliminating the taxes imposed by the government middleman.

Understandably not wishing to lose out on its share of the sale of sought-after goods, as early as 1698, the government established the Landguard of riding officers of the Customs, whose job it was to try to halt the illegal trade. Originally, each riding officer was assigned about 10 miles of coastline to patrol. He was also responsible for checking ships landing cargo in his district, searching inland places he suspected might be harboring contraband goods and gathering intelligence.

However, the profits to be made were high enough—and collusion with local officials so frequent—that it soon became evident that riding officers alone were not adequate to stem the flow of illegal goods. In 1723, the government began posting units of dragoons at points around the coast, who could be called out by the riding officers to assist in rounding up smugglers or their cargos.

Despite a spate of anti-smuggling laws throughout the 1700s that imposed ever more severe penalties on smuggling, the practice continued. In fact, by 1780 it was estimated that two-thirds of the tea consumed in England had not passed through Customs. 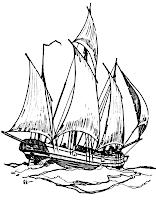 For moving their cargo, free traders used luggers, ships that were broad of beam, shallow of keel with a flat bottom that allowed the vessel to put in close to shore, and rigged with a lugsail that allowed them to sail close to the wind. Later, cutters that could make higher speed were preferred, and galleys, which combined sails and rowing seats for navigating in shallow water or narrow spaces.

Once the daring captain sailed his cargo across from France or Ireland, where did he land it? As you can see from the photos, Cornwall’s many coves and inlets and its limestone cliffs riddled with caves made the area an ideal spot for smugglers. In addition to its natural advantages, supportive locals expanded the concealment possibilities of the caves by offering barns and granaries as short-term storehouses for smuggled goods. 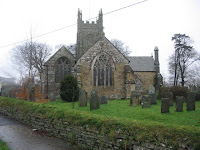 There are reports of tunnels dug from the coastline up into inns, private homes–and even churches! In some instances, church towers were elevated to a height sufficient to allow them to serve as navigation aids for smugglers trying to locate a particular landing spot for their cargo.

A successful operation began with the “venturer,” who through his agent, the “bagman,” collected the sum necessary to purchase the goods to be smuggled. The bagman, whose accounts were kept by the “quill-driver,” often the parish clerk or schoolmaster, would collect the sums pledged, then meet the captain of the smuggling vessel to sail for the Continent. After exchanging his coins for the items requested by the shareholders, he would load the cargo and bring it back to England.

Once he’d determined by lantern-flash that it was safe to make for shore, the captain would turn his cargo over to a “lander,” whose responsibility was to summon, organize and pay the beach party that transferred the cargo from the ship to the waiting ponies and wagons to convey it inland. 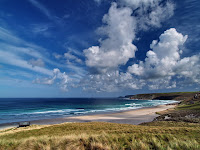 Colorful stories and tales about smuggling and the smugglers abound. On one end of the spectrum, Isaac Gulliver, the “gentle smuggler” of Dorset who claimed never to have harmed a revenue officer during the course of his business, amassed a vast fortune smuggling tea, brandy and gin, bought property all over England and was highly revered by his fellow citizens. At the other end, the notorious Hawkhurst Gang in Kent was not above using murder, beatings and coercion to induce the cooperation of the local populace.

Already by the Regency, better enforcement and harsh penalties had begun to hamper the trade. But the practice was to continue unabated into the mid-1800s, not dying out entirely until tariffs were reduced to the point that the potential profits no longer outweighed the risks.
And so the era ended…but the romance, the legends, the stories and the lore continue to this day, when a visitor to Cornwall can still take a “Smuggler’s Tour.”

Okay, question: Do you think of smugglers as “romantic” figures, the Robin Hoods of the seas bringing fairly-priced goods to customers who want or need them? Or as mere law-breaking brigands? Should they be portrayed as heroes, villains…or both?

–See The Smuggling War: The Government’s Fight against Smuggling in the 18th and 19th Centuries by Geoffrey Morley.

Julia is researching smugglers for a book to come out in 2010. For a glimpse of high seas revelry before then, check out Risky hostess Amanda McCabe’s High Seas Stowaway, a January Harlequin Historical release. For comments on the progress of Julia’s book, to view other research tidbits and oddities, or to enter Julia’s contest, visit her newly redesigned website, www.juliajustiss.com.