Have we created our own cult? 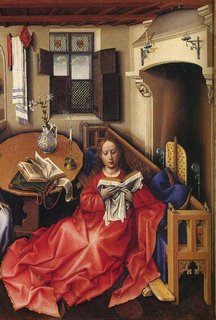 There were four-and-twenty virgins come down from Inverness

And when the night was ended there were four-and-twenty less…
trad. rude song
As long as the plots keep arriving from outer space,
I’ll go on with my virgins.
Barbara Cartland
This topic started off as a conversation with my buddy Pam Rosenthal as part of our meanderings on our workshop at the 2006 Beau Monde Conference. (Yes, the workshop is called Pam and Janet Evening. It’s on writing erotic historicals.)
Virgins.
A dime a dozen in romance-land.
Why?
Granted, they were around. Virginity was by implication an important part of the business deal that upper-class marriage was even in the Regency period–the groom wanted to be sure that his heirs would truly be his, and not the in-laws’ third footman’s. Yet we still have extraordinary plot twists to ensure that the heroine is untouched when the Big Bang occurs–virgin widows, husbands who had to rush off to take part in Waterloo (sorry, honey, not before the big game), couples who didn’t want to marry and so therefore didn’t want to…you know. Or the hero turns out to be her first and last, with diversions in between (guilty as charged). And not just in historicals, where the concept of a virgin heroine is justified, but all through the genre.
Consider also the typical defloration/consummation, where after some minor carnage, the heroine gets to Nirvana with very little effort (and snorts of disbelief from me)…and despite the bloodbath, they keep doing it. Or, we’re told, if she has had previous partners, there (1) weren’t many, and (2) it wasn’t that good, so therefore she holds blank slate status.
Yes, I know these are huge overstatements and I can come up with exceptions too, but why do these conventions exist? Is it the only way we can show that this is IT, the Real Thing, the Big Banana?
Despite the boom in erotic romance and erotica, why are we still so wary of a true depiction of female sexuality?
Thoughts, anyone?
Posted in Reading, Writing | Tagged heroines, sex, sex in Regencies, virgin heroines | 5 Replies