I’m just about done with my real Christmas shopping ; I’m still awaiting one item ordered online and need to pick up some candy for stocking stuffers.  But in case anyone’s looking for gifts for a Regency-phile—or herself, I found some fun items online.

Since I’ve been playing piano again, with pleasure though not particularly well, this collection of piano music, “A Carriage Ride in Queen’s Square: Easy to Play Piano Pieces for Jane Austen’s Bath” also intrigued me. It’s described as a collection of “original compositions by Gwen Bevan, great-great-grandaughter of Jane Austen’s niece, Fanny Knight.”

I love the “Amiable Rancor” section. Here’s a magnet from the collection. The text is from a letter from Jane to her sister Cassandra: “There was a scarcity of men in general, & a still greater scarcity of any that were good for much”.

If you’re feeling extravagant—or just like to window shop as I do and call it research—there’s one of my favorite antique jewelry sites: www.georgianjewelry.com.

Here are some Halley’s Comet earrings, from 1835, one of the years the comet made an appearance. Just a bit after the Regency but festive and a little geeky at the same time.

I also love the vivid blue enamel on this pearl and diamond cluster ring, c. 1790.

How’s your holiday shopping going? Do you ever treat yourself?

Be afraid. Be very afraid. 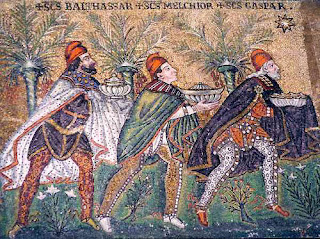 My extended family officially voted this year to exchange gifts, much to my dismay. We’d escaped unscathed for a few years–gifts for kids only–although the number of rule-breakers over the years has increased. Last year I was on deadline and didn’t even do any baking; we came more-or-less empty-handed and left staggering under the weight of guilt and loot.

The subject came up in today’s Cary Tennis article in Salon, when someone wrote in bemoaning the fact that kids today (oh does that ever make me feel like the old fart I am)–and some adults too–only want cash and gift certificates. While I find his response inexplicably silly (it’s all our fault as representatives of today’s materialist society) I loathe the idea of both because then the recipients know exactly how much I spent. I’d far rather buy something spectacular, unusual, and dirt cheap (ebay, here I come). But what do you get for the nieces and nephews you see only a few times a year and who you really don’t know? Or the adults who have everything? (My solution may well be Heifer International, a nonprofit I’m very fond of.)

Now I can’t delegate this to my husband, who, once when his workplace had a gift exchange of socks–a foolproof idea, you would have thought–gave a pair of socks that were not only used but stained (oh okay, they had some sort of heating element in them so they were special and oh-so-useful), and the recipient was a bit surprised and my husband is still surprised that she was surprised, and so on. As he points out, at least it wasn’t underwear.

And it’s times like this that I envy people in the past. In very early pagan times you might have given someone special a tree branch as a gift for the New Year (“Oooh, leaves! My favorite!”) which is why there’s so much emphasis on trees and greenery and Yule logs around Christmas. In the Regency, possibly you might have given the odd shilling to the servants and a condescending visit to the poor with gifts of gruel and the promise to see about repairing the nasty leak in the roof, then back home to the mansion to eat and drink yourself silly (much like the rest of the year in fact). And church, of course–my, what party animals they were.

So how do you and your extended family handle the gift problem and are you satisfied with it?

Give yourself the gift that keeps giving all year–a subscription to the Riskies newsletter. Sign up now at riskies@yahoo.com with NEWSLETTER in the subject line.