Since Amanda is busy moving (hope it’s all going well, Amanda!) I promised to switch days with her. And promptly forgot, in the havoc of getting back from the New Jersey Romance Writers conference and trying to get the family and household back on track!

Anyway, I’m here now. Back in the summer, I had the chance to visit the vast and wonderful Museum of Fine Arts in Boston. There were many highlights to the visit, but an unexpected one was their varied collection of musical instruments. I’ve been meaning to blog about it ever since, but it went onto the back burner as I was finishing Fly with a Rogue and taking my oldest on college visits.

One of the most striking pieces in the collection is this superb grand piano. It was made in 1796 by John Broadwood & Sons for Manual de Godoy, ambassador to King Carlos IV of Spain. The decoration was designed by Thomas Sheraton and the jasperware cameos are by Josiah Wedgewood. I took some pictures of the details. Apologies for the fuzziness, but you can get an idea anyway.

This is certainly the sort of instrument one could imagine in the house of one of our fictional dukes.

At the other end of the room, there was this square piano, made around 1770 in England by Johann Christoph Zume and Gabriel Buntebart. At about 5 octaves, this was the first type of piano to be commercially successful and became very popular. A vicar’s daughter type heroine could have afforded to play a piano like this one.

Here is Vladimir Pleshakov playing Bonifacio Asioli’s 1795 Sonata on a 1795 Broadwood grand. According to the comments, the pianoforte pictured is actually of a later date, unfortunately.

Next week I’ll post about some of the more esoteric instruments in the collection.

Can any of you picture yourselves playing these instruments? I can–in my Regency fantasies!

First, a reminder to Lil. You have won a copy of The Redwyck Charm. Please send your snail mail address to elena @ elenagreene.com (no spaces). And now to my post….

I’ve been feeling down this winter, between life issues and several bouts of the flu. It’s been hard to get good blocks of writing time, which I need in order to be productive. (And yes, I’ve tried writing in small pockets of time. It always backfires on me because I get so frustrated having to stop just when the words begin to flow.)

Recently I decided to start playing piano again, because it’s something I can enjoy, even if it’s just ten or fifteen minutes. I’m not that good and never was, but since I’m playing just for myself, it doesn’t matter. What I really need is some sort of creative outlet to lift my mood on days when I can’t write.

Sometimes I envy the life of a lady of leisure, with time to perfect her music.  Maybe it would be scary to be expected to perform, but on the other hand, it would be nice to have an appreciative listener. Maybe someone like Colonel Brandon listening to Marianne Dashwood or even Darcy listening to Elizabeth, who sounds like she was a dabbler just like me.

Sometimes I live vicariously through my heroines. In one scene from The Incorrigible Lady Catherine, the hero catches her playing Beethoven (considered inappropriate for young ladies) when she thinks no one is around. While writing, I listened to a recording of the sonata she is playing. I could only play it in my dreams!

There was a pause. He took a few steps toward the drawing room, but stopped as he heard Miss Arndale begin to play again. This time it was a darker music, rippling and cascading, the end of each phrase accented with forceful staccato notes. Full of passion. He’d never heard anything like it before.

He peered through the threshold of the drawing room as she began another movement, slow and reflective, with an understated pathos. She looked so very lovely, her eyes half-closed, her slim body swaying ever so subtly in time with the music. He didn’t dare interrupt. He didn’t even want to breathe as he watched her silently from the shadows beyond the doorway.

The slow melody ended, and she launched into an exuberantly lively tune which sounded like the finale. Philip listened in wonder as she transitioned from a bold, intricate passage to a contrasting theme as tender as a love song. He saw the flush of concentration on her face as she returned to the earlier bold theme, her look of exultation as she drove out the final notes, rising, mounting to a glorious final chord.

A critique partner said she was expecting Catherine to smoke a cigarette at this point, which I took as a compliment.

Do any of you enjoy making music, amateur or otherwise?  Do you enjoy musical heroes or heroines?

P.S. The painting is by Edmund Blair Leighton.

She sat down when they laughed at the piano

How I’d love to see that sentence in a regency. Since music was such a major part of Jane Austen’s life–and that of her heroines–I thought I’d blog about that today, as we recover from the rigors and excitement of our contest (congratulations, winners!). Some soothing piano music might help, too.

Jane Austen’s music books–copied by hand–are at her house in Chawton, Hants, as is her piano (left), made in 1810 by the composer Clementi, who owned one of the major piano manufacturers in London. One of Clementi’s rivals was the firm of John Broadwood & Sons, still in business, and serving as providers of pianos to royalty ever since George II’s time. The gorgeous instrument above was made by Zumpt & Buntebant of London and taken by Johann Christian Bach (son of the great J.S.) when he and the young Mozart visited France in 1778.

Aunt Jane began her day with music – for which I conclude she had a natural taste; as she thus kept it up – ‘tho she had no one to teach; was never induced (as I have heard) to play in company; and none of her family cared much for it. I suppose that she might not trouble them, she chose her practising time before breakfast – when she could have the room to herself – She practised regularly every morning – She played very pretty tunes, I thought – and I liked to stand by her and listen to them; but the music (for I knew the books well in after years) would now be thought disgracefully easy – Much that she played from was manuscript, copied out by herself – and so neatly and correctly, that it was as easy to read as print.

Jane’s piano is a square fortepiano–the term used for early pianos. The great technological breakthrough of the piano (or whatever you want to call it!) is that unlike its predecessor the harpsichord it offered dynamic control–hence it’s name, Italian for loud-soft, and used a hammer action, not a plucking action, on the strings. Fortepianos were first produced in the mid-eighteenth century and were built entirely of wood (modern pianos are held together with a large steel band to hold in the formidable tension of the strings), and have a more delicate, subtle sound than modern pianos. To hear the instrument go to this recording of Mozart and Schubert on amazon, where you can listen to excerpts. The artist is Melvyn Tan, who performed the fortepiano music heard on the movie Persuasion. 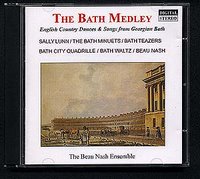 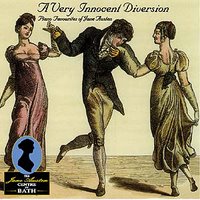 Would music–daily piano practice– feature in your Regency fantasy or nightmare? Or, like Mrs. Elton, would you gratefully become a talker (although not totally devoid of taste, of course) and not a practitioner once you succumbed to the rigors of married life? And as (Cara, I think?) said, it might be interesting to see how truly accomplished those young ladies were…hopefully none of us would be like Mary Bennett, plucked from the keyboard by her embarrassed papa. And do you think that if you were magically transported back to Regency times, you might miss being able to summon music at the push of a button, or do you think the comparative rarity of a live performance (a good one, that is) might heighten your appreciation?