Diane’s post on Mapping the Ton had me thinking about settings and how we use them in our stories, whether they are real places or our own creations. 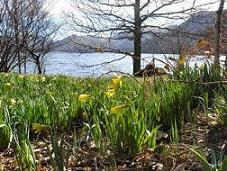 I often like to do country settings, perhaps because I have so many happy memories of walking and riding through the English countryside. I sometimes choose counties I’ve visited. Sometimes I choose an area based on the mood of the story or what seems right for my characters. 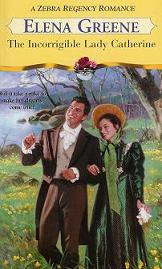 I used a Sussex setting for LORD LANGDON’S KISS, as that’s where I lived during my UK assignment and thus knew best. For THE INCORRIGIBLE LADY CATHERINE, I wanted a setting that was wilder, to match my rather tempestuous heroine. I ended up using the northern Lake District, around Ullswater. I even had my characters stroll through the area that inspired Wordsworth’s famous poem about the daffodils and was delighted with how the art department depicted that scene (I am less delighted with the depiction of the hero, but enough of that!) I used the Cotswolds for THE REDWYCK CHARM; I felt the more rolling, pleasant landscape suited to the lighter story.

SAVING LORD VERWOOD had a darker thread, which I thought worked best in the far reaches of Cornwall (all sorts of cool ancient sites and great craggy cliffs to push people off). When inventing fictional stately homes, I like to use real houses from the same area as inspiration. 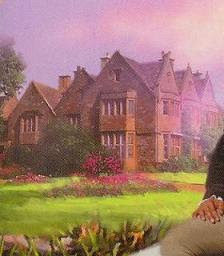 Not that I incorporate every detail of the architecture or imitate exact floor plans, but I like to know some of the materials and building styles used. Though I adore Palladian mansions, for Verwood’s home I wanted something older. I found what I was seeking in Trerice House, pictured above. I think the art department captured the essence very nicely (the hero looks hot, too.) 🙂

For LADY DEARING’S MASQUERADE I used Finchcocks as inspiration. It’s a lovely Georgian manor in Kent that also houses a museum of historical keyboard instruments (well worth a visit). Among the cover art suggestions, I also included a picture of an orchard in Kent, with a traditional oast house (used for drying hops) in the background. 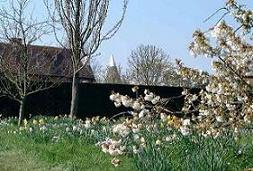 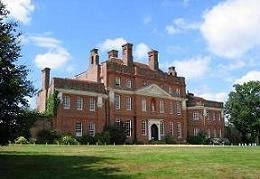 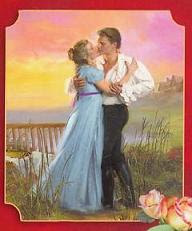 So I don’t know how the cover ended up the way it did. Though I do like the overall layout and the color, the close up is reminding me of how very UN-Colin-Firth-like the hero looks. And that hair is giving me the shakes!

Moving on to my current work-in-progress. Part of the story will be set in Norfolk, so I have been looking around for inspiration from real stately homes there.

Holkham Hall (home of Coke of Norfolk of agricultural fame, pictured to the left) is gorgeous but not quite what I have in mind for this story. Felbrigg Hall (on the right) is a possibility. 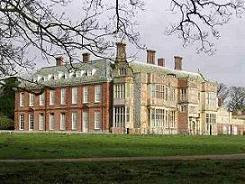 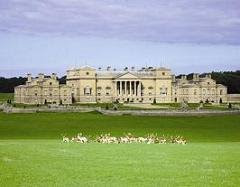 However, Mannington Hall (pictured below, a medieval manor house now better known for its gardens) is very appealing. It even has a moat! I’ve already written a hero who owned a stone circle but never one with a moat. That could be interesting… 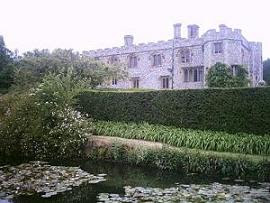 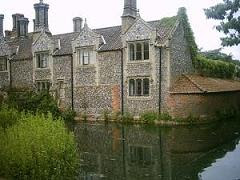 What sorts of settings do you enjoy? Do you have favorite counties, or favorite stately homes?

If you write, how do you come up with imaginary settings?

And do you enjoy seeing settings used in cover art? Personally, I tend to prefer them over clinches and headless male torso covers. Maybe like Elizabeth Bennet, I’m a pushover for “beautiful grounds.”