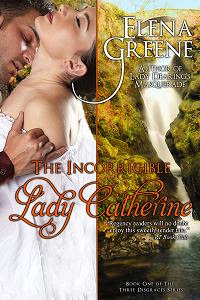 This week, the ebook edition of The Incorrigible Lady Catherine, the first of my “Three Disgraces” series, went live.

Catherine is the most flawed heroine I’ve written so far and she’s drawn a lot of mixed reactions. In any case, readers have loved the hero, Philip. He’s been described as the perfect Beta hero. The way I see it, he’s a strong man to deal with a mess like Catherine. 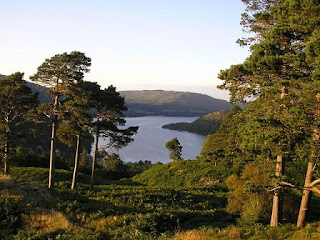 This is a story about healing and since I often seek healing in nature, I decided to set it in one of the most beautiful places I visited in the UK: the English Lake District, near Ullswater, where Wordsworth was inspired to write his famous poem about the daffodils. My husband and I paddled around it in a canoe, enjoying the play of light and shadow cast by scudding clouds over the hillsides, until rain forced us back to shore.

We also hiked to see Aira Force, a waterfall that the characters visit in the story and that is featured on the new cover. 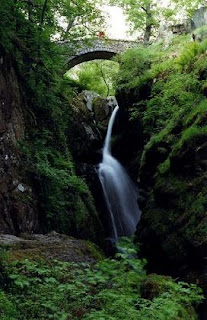 Below is a picture of Castlerigg Stone Circle. Since I have this fascination with “old rocks”, I invented a similar fictional stone circle and set it on Philip’s lands.

I’ve set other stories in Kent and Sussex (where I lived during my assignment). I’ve also used the Cotswolds and Cornwall. I have a story in the idea file that would feature the North York Moors. 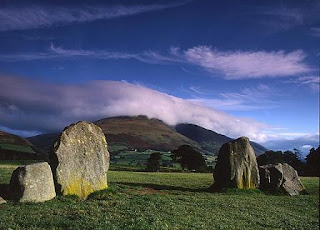 What are some of your favorite places, in the UK or elsewhere? Where would you like to see more stories set?

I’ll be giving away 5 Kindle copies of The Incorrigible Lady Catherine to commenters chosen at random. If you win, you can also nominate a friend to receive a free copy. Void where prohibited. You must be over 18. No purchase necessary. Post your comment by midnight EST on December 2. I will post an announcement on Saturday, December 3, so please check back to see if you have won.

by Elena Greene
I’m writing this a week in advance, because on the Saturday it will post I will be returning from a week in Florida, where we are visiting family during my children’s spring break.
Frankly, I must say that Florida is not my favorite vacation spot. There are fun things to do, of course, and it’s good to see relatives. But the Orlando area is Too Crowded and Too Hot. I am hardened by our upstate NY winters, I guess! 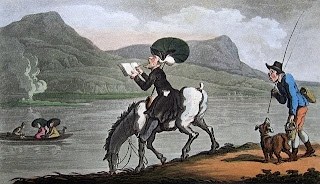 I did enjoy my visit to the Florida Keys, because I went scuba diving and saw a shark, just the right kind: about four feet long and swimming the other way! Tropical vacations for me have to include some sort of snorkeling or diving.
Otherwise, I prefer temperate climates, lakes and mountains. I love Maine, especially Acadia National Park, and I’ve had many wonderful vacations in Canada. I think I’d enjoy going out to the Rockies sometime.
During the Regency, the trend for seeking out the picturesque was satirized in William Combe’s poem “The Tour of Dr. Syntax in Search of the Picturesque,” illustrated by Thomas Rowlandson. I wouldn’t have cared; I would have gone anyway.
Here are some of my favorites among the picturesque spots I visited while on international assignment in the UK. My own pictures are buried; these are all from www.geograph.org.uk. 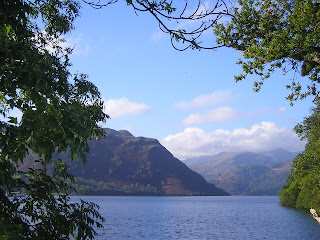 First, the Lake District. There’s a famous incident where a visitor, after boring Beau Brummell with stories of a tour in Scotland, asked him which were his favorite lakes. To depress the bore’s pretensions, Brummell consulted with his valet before replying “Windermere, will that do for you?”
My own real favorite in the Lake District is Ullswater, of Wordsworth’s “Daffodils” fame. My husband and I rented a canoe there one breezy afternoon. We paddled against the wind both ways (it turned just as we did) and enjoyed the movement of the clouds and the play of light over the hillsides until a light drain drove us toward shore and a nice pub in Glenridding.
Tintagel: crags, ruins and Arthurian legend. Who could ask for anything more? 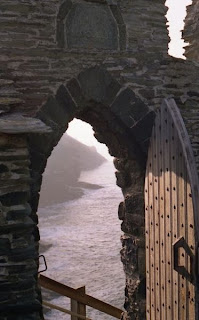 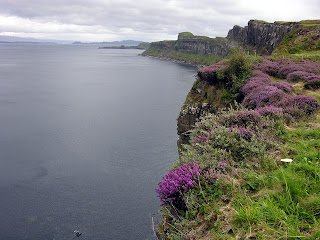 The Isle of Skye: more fantastic scenery and sheep with an attitude. At one point in our travels, a ram planted his feet in the middle of the road in front of us and glared at us. I had to get out to shoo him out of the way and frankly, I was a little unnerved! 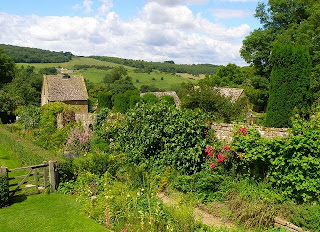 The Cotswolds: pastoral countryside, churches, cottages all built of a lovely golden stone. When my husband accidentally damaged our old brick fireplace in a fit of home improvement, we decided to rebuild it with stone that reminded us of the Cotswolds.
Do you enjoy the picturesque? What are some of your favorite destinations, in Britain or elsewhere?
Elena
Posted in Uncategorized | Tagged Cotswolds, Dr Syntax, Lake District, picturesque, Rowlandson, Tintagel, Ullswater | 7 Replies 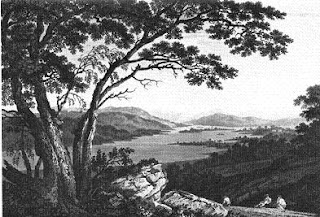 An acquaintance having, in a morning call, bored him dreadfully about some tour he had made in the North of England, enquired with great pertinacity of his impatient listener which of the lakes he preferred ? when Brummell, quite tired of the man’s tedious raptures, turned his head imploringly towards his valet, who was arranging something in the room, and said, ” Robinson.” ” Sir.” ” Which of the lakes do I admire ? ” ” Windermere, sir,” replied that distinguished individual. ” Ah, yes, — Windermere,” repeated Brummell, ” so it is, — Windermere.”

From The Life of George Brummell by William Jesse. 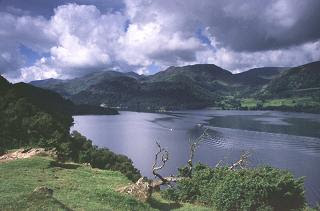 I’m not able to pull off such elegant snark myself and I’d find it hard to act blasé about lakes. I love ‘em. I visited the Lake District several times during a three year international assignment in England. Windermere is lovely, but my favorite is probably Ullswater of Wordsworth’s “Daffodils” fame. My husband and I rented a canoe to go out there on a truly picturesque sort of day, when the weather couldn’t make up its mind to be fair or rainy. I loved the play of light over the water and surrounding hills and didn’t mind the sprinkle of rain that eventually sent us to seek a nice pub lunch in Glenridding. Later, I would set one of my early Regencies, THE INCORRIGIBLE LADY CATHERINE, in the same region. 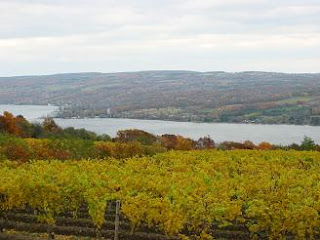 I am thinking of lakes because I’m currently planning a summer vacation in the Finger Lakes. Vacation planning helps me get through the cold, dark doldrums of January! Anyway, we were hoping to go to England last summer, but my husband’s stroke made it impossible to go anywhere. This year, I promised the family and myself that we would do something fun, even if not as ambitious.

So, along with my brother and his family, we’re renting a cottage in the Finger Lakes, complete with a pebble beach and kayaks. It’s not far and there are wineries to visit (I love the Finger Lakes Chardonnays and Rieslings), gorges and waterfalls and some cool museums for rainy day excursions (the Museum of the Earth in Ithaca and the Corning Museum of Glass, where I can get lost for hours in the art galleries.)

A fantasy destination for me would be the Italian lakes Como, Garda and Maggiore, with their spectacular scenery, Mediterranean climate, architecture and literary associations. It was
Shelley who said Lake Como ‘exceeds anything I ever beheld in beauty’.

Are you planning any fun vacations? Do you have any favorite lake destinations, real or fantasy? Any favorite romances with a lake setting?