10 Interesting Facts about Taxes During the Regency

I was thinking I would post more about my pugilism research but I when I wasn’t writing, I was prepping documentation for taxes.

6. PROPERTY TAX.
This poor tax is now become as much the object of senseless abuse as were, in 1798, those who endeavoured to prevent it from being imposed. In 1812 an unfortunate man, named Carter, was imprisoned in jaol [sic], for a year, and lined, for having published a paragraph complaining of the operation of this tax. My Lord Folkestone, who made a motion upon this subject, described this paragraph as being moderate and inoffensive. Yet, for republishing the same paragraph, Mr. Lovell of the Statesman was imprisoned a year or 18. months in Newgate, and also fined,—The selfish and, unfeeling crowds, who are now clamouring against this tax; who are abusing it; who are applying to it all sorts of vile epithets and names, because they now feel the pinch of their pockets; these persons never meet to petition against the prosecutions of the press; no, and they never would have met for that purpose, if every press in England had been demolished and the types thrown into the street, as were those of the American printers at the City of Washington, by command of our military and naval commanders. Saturday, January 18, 1815, Cobbett’s Political Register

7. XVI. And Whereas Difficulties may arise in discovering Lodgers or Inmates in Houses liable to pay the said Rates, Duties and Taxes, in respect of Carriages, Male Servants and other Male Persons, Horses, Mares, Geldings and Dogs; Be it therefore enacted, That the Owner of any House letting the same, or Owners of any Part thereof, to any Lodger or Lodgers in which any Lodger or Inmate shall reside, who shall keep, retain, employ or use any Carriage, Male Servant or other Male Person, Horse, Mare, Gelding or Dog, shall &c. kept shall deliver to any such Officer or other Person authorized as aforesaid, on Demand, or within Ten Days after by their Lodgers. Notice served by such Officer or other Person authorized as aforesaid, by leaving or causing to be left the same at the House of such Person as aforesaid, a true List or Account in Writing under the Hand of such Owner expressing the Name and Surname of every such Lodger or Inmate, with an Account of every Carriage, Male Servant or other Male Person, Horse, Mare, Gelding or Dog kept, retained, employed or used by such Lodger or Inmate, to the best of the Knowledge and Information of such Owner j and if any such Owner (hall neglect or refuse to deliver such List or Account as aforesaid, or shall wilfully omit or misrepresent any Description which ought to be contained therein, or shall make or deliver any undue or false List or Account, every such Person so offending shall for every such Offence forfeit the Sum of Twenty Pounds. Penalty. The Statutes of the United Kingdom of Great Britain and Ireland, Volume 24 (1816)

8. In Great Britain, the principal taxes upon the necessaries of life are those upon salt, leather, soap, and candles. Heavy taxes upon these commodities must somewhat increase the expence of the sober and industrious poor, and must, consesquently, more or less raise the wages of their labour. Such taxes, notwithstanding their immediate effect, afford a considerable revenue to government, and accordingly they are continued and multiplied.Consumable commodities, whether necessaries or luxuries, may be taxed in two different ways. The consumer may either pay an annual sum on account of his using or consuming goods of a certain kind ; or the goods may be taxed while they remain in the hands of the dealer, and before they are delivered to the consumer. The consumable goods which last a considerable time before they are consumed altogether, are most properly taxed in the one way. Those of which the consumption is either immediate or more speedy, in the other. The Cyclopædia: Or, Universal Dictionary of Arts, Sciences, and …, Volume 35

9. An Act to repeal the additional Duty on British made Wine or Sweets granted by an Act of this Session of Parliament. [25th May 1815.]

WHEREAS by an Act made in this Session of Parliament, intituled An Act for granting to His Majesty, until the Fifth Day of April One thousand eight hundred and nineteen, additional Duties of Excise in Great Britain, on Sweets, Tobacco, Snuff and Excise Licences, an additional Duty of Excise Is imposed for Liquor made in Great Britain for Sale, by Infusion, Fermentation or otherwise from Fruit or ‘Sugar, or from Fruit or Sugar mixed with any other Ingredients or Materials whatsoever, commonly called « Sweets, or called or distinguished by the Name of Made Wines: And Whereas it is expedient to repeal the ‘said additional Duty;’ Be it therefore enacted by The King’s Most Excellent Majesty, by and with the Advice and Consent of the Lords Spiritual and Temporal, and Commons, in this present Parliament assembled, and by the Authority of the same, That, from and aster the Eighteenth Day of February One thousand eight hundred and fifteen, the said additional Duty shall be and the same is hereby repealed. repealed.

II. And be it further enacted, That the Commissioners of Excise in England and Scotland respectively, or Entries of any Three or more of them respectively, shall and they respectively are hereby authorized and empowered to Duties to cause any Sum or Sums of Money which shall have been charged as any such additional Duty for or in respect charged of any such British-made Wine or Sweets to be discharged from and out of the Books and other Documents containing any Entry or Entries of or relating to any such Charge, or Sum or Sums of Money. The Statutes of the United Kingdom of Great Britain and Ireland, Volume 24 (1816)

We have already given an account of Lord Henry Petty’s plan of finance. It was proposed to Parliament and the public, in the year 1807, accompanied with an elaborate set of tables. Being very complex, it was not generally understood. As it promised to raise the necessary loans with little or no increase of taxes, it was favourably received, and probably would have been continued for some years if the ministry who brought it forward had remained in office.
INQUIRY CONCERNING THE RISE AND PROGRESS, THE REDEMPTI0N AND PRESENT STATE, AND THE MANAGEMENT, OF THE NATIONAL DEBT GREAT BRITAIN. (1814)

Number 10 is my favorite. 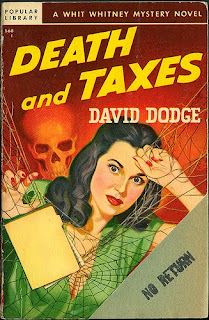 This is an update of a post that appeared in April 2010 but since the IRS has updated the form and instructions I thought it was worth revisiting.

Turn to the Subgenre Definition pages beginning on page 17 and pick your subgenre. You may pick only one. If you write in a variety of subgenres, choose 21, Indecisive wallower, 22, Overachiever, 23, I’m just a girl who can’t say no, or 57, Desperately trying to save career by changing subgenres because last book tanked. Enter in Box A.

Take your zip code, divide it by the number of pages completed in your WIP and enter the number in Box B.

Add the number of times your book has been pirated. Multiply by -15. If you were not paying attention in math class because you were writing torrid romances starring you and David Bowie and do not remember how to multiply with a minus number, you’re in trouble.

Enter your total for Box B.

Transfer the number in Box B to Box K for no apparent reason.

Note: If your score is less than 2, please make sure you are writing within the correct genre. Refer to Publication WTF.2011 for more guidance and complete the appropriate Genre Form.

Now turn to your most recently published work. Enter its ISBN, page count, and predominant font family used on the cover in Box C.

Please check the appropriate box if your cover contains the following:

Write the total number of checked boxes on the next line. On the following lines:

* Unless you are writing paranormal romance and this is purely representative.

Enter your total for Box C.

If your cover art contains none of the above, please refer to Publication WTF.2010 as you may be writing a different genre.

Take the sheet that contains Box K, put it aside in a file, and worry about it for a few months.

Please feel free to share your tax expertise with the rest of us. Only sixteen days to go!

A Tax on Light and Air

Like so many others, I’m working on my taxes, which takes me hours, because I save all my record-keeping for tax time and then have to find, organize, and record all my necessary information. And all this is just to take the stuff to the accountant.

I have no complaints about paying taxes. As a former public employee, married to a public employee, I have an acute sense of what taxes pay for in our society. In Regency times, however, some of the taxes seem pretty odd to us. 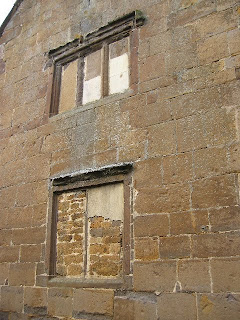 Window Tax.
In 1697 Parliament passed a tax on windows. The more windows in a dwelling, the higher the tax. At the time it seemed a fair way to levy taxes without requiring citizens to divulge personal financial information as they would need to do for income tax. It was assumed that the wealthier the person, the bigger the house and the more windows. The wealthy embraced this idea and began to use windows as a way to display status and success. On the other hand, landlords who owned buildings that housed the working classes, resented the tax and bricked up windows to avoid payment. The resulting lack of ventilation simply made bad living situations worse. 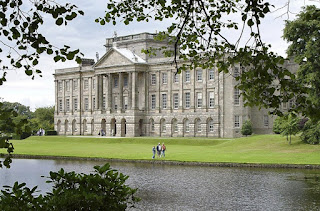 Glass Excise Tax.
First levied in 1745, the Glass Excise tax was initially levied on the raw materials that produced glass, but later became a tax on the glass products and was based on weight. Again, the rich embraced the use of glass in large and numerous windows as a way of showing the world how affluent they were. Glass green houses were further proof of wealth. The tax but a burden on glass manufacturere and over the years the law was tweaked, easing the tax on production houses manufacturing small glass products or those making optical glass. In 1845 it was appealed altogether. In 1851 so was the Window tax.

Have you come across any other strange taxes of the Regency period or of any historical period? Have you filed your taxes yet???